Round the Old Graveyard 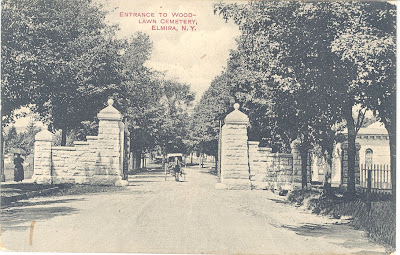 There are over 140 cemeteries in Chemung County and each are filled with stories.    Casualties of the Battle of Newtown are buried at Knoll Cemetery in Ashland.  Erin’s Scotchtown Cemetery is listed on the National Register of Historic Places.  Talitha Botsford is buried in the Millport Cemetery and shares a marker with her older brother Hull, who was one of the 1512 victims on the Titanic.    I don’t mean to play favorites but I’m drawn to Woodlawn Cemetery.
Starting in 1802 the area alongside the First Baptist Church on Church Street served as the Baptist Church Cemetery.  By the late 1850s, however, little burial space remained in the cemetery so Woodlawn Cemetery was created in 1858 (by 1877 all remains from the Baptist Church Cemetery were re-buried at Woodlawn).

Though it solved the space issue, Woodlawn Cemetery was actually part of the rural cemetery movement.  The movement basically had three concepts.  The first concept was that cemeteries should be created on the outskirts of cities and towns rather than alongside churches.  Secondly, burying and commemorating the dead was best done in a tranquil and beautiful natural setting.  Finally, cemeteries were places for the living.  In fact, rural cemeteries were designed and intended for public use. Monuments, statues, fountains, gardens and footpaths were used to create a park-like setting for walks, picnics and other outdoor activities.    The popularity of rural cemeteries eventually led to the establishment of public parks in the United States.  Woodlawn definitely has that park-like feel. 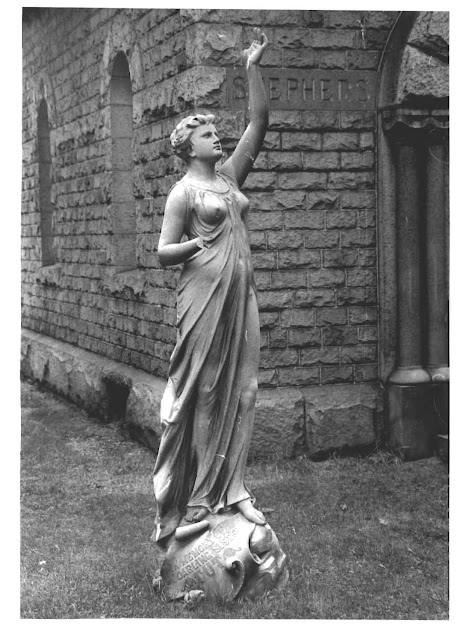 Though its true of other local cemeteries, Woodlawn’s residents are interwoven with the stories that make up Chemung County history.  The following are just samples of those stories.

Through the Network to Freedom, the National Park Service is trying to connection historical sites, museums and interpretive programs across the country that are associated with the Underground Railroad.  Since  freedom seekers (like Henry Washington, Lear Green, and Daniel Webster), abolitionists ( like Judge Ariel Thurston, John Robinson, Francis Hall and Simeon Benjamin) and Underground Railroad workers (like Jervis Langdon and John W. Jones) are buried at Woodlawn, the cemetery is part of the Network to Freedom.  In fact, four other sites in Chemung County are part of the Network as well.

Several Civil War veterans are buried at Woodlawn and originally Confederate Prisoners of War were also buried there.  Anticipating a certain number of deaths, the Federal Government paid the City of Elmira $300 to lease a half acre of land at Woodlawn (the area would later be expanded) and agreed to pay the caretaker of the cemetery, John W. Jones, to bury any Confederate dead (originally paid $40 dollars a month for his services, Jones later renegotiated his contract and was paid $2.50 per burial).    At the prison camp the dead were placed into prisoner-made coffins with their name, rank, regiment, and date of death inscribed on the lid.  That same information was written on a slip of paper, put into in a sealed jar and placed inside the coffin with the body.  From the prison camp, the coffins were transported nine at a time to Woodlawn for burial.  Each grave was assigned a number and Jones kept a careful record of where each soldier was buried. At each grave a wooden headboard was placed with the soldier’s information written in lead paint.   In 1877, the section where Confederate soldiers were buried was designated the Woodlawn National Cemetery. 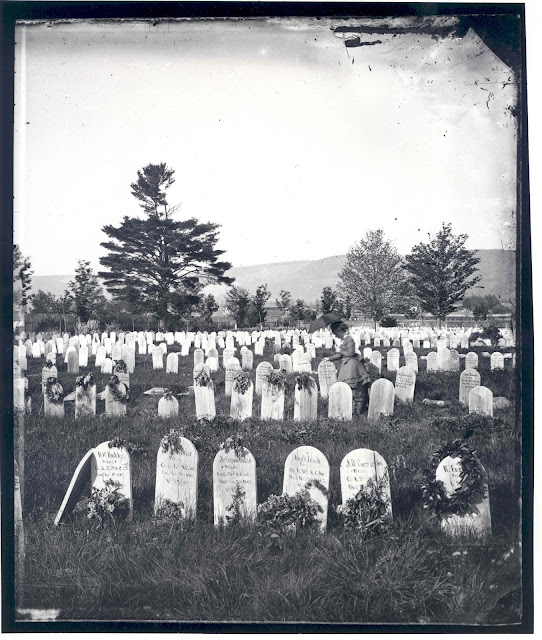 The other man was a governor of Wisconsin and not New York.  I know what you thinking how in the heck did we get a Wisconsin governor.  Though born in New York State, Alexander Randall rose to political prominence in Wisconsin.  After serving one term in the state assembly, he served 2 terms as governor from 1859 to 1861.   Perhaps as a reward for raising the most troops during the first few months of the Civil War (18 regiments, 10 artillery batteries and 3 Calvary units) Lincoln appointed Randall the United States Minister to the Vatican.  Randall soon discovered he disliked the post and returned to the United States after just 6 weeks.  Apparently Lincoln didn’t take offense and appointed Randall Assistant Postmaster General. Under President Andrew Johnson, Randall was promoted to Postmaster General. In 1869 Randall and his wife (who was from Elmira) settled in a home on the corner of West Water and Gunnip Avenue (the site of the former Congregation B’ Nai Israel). 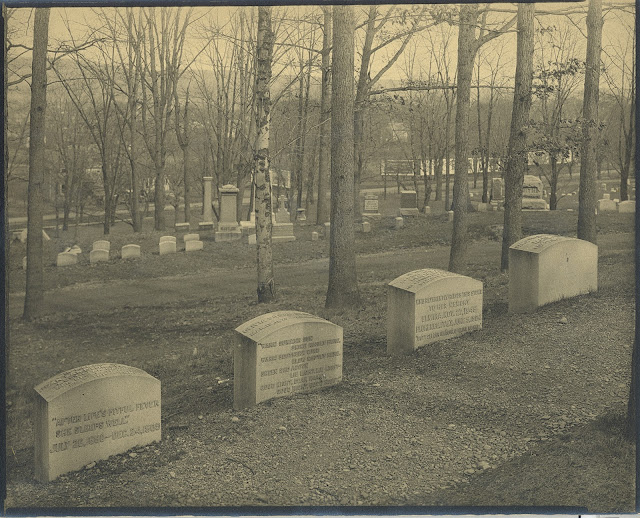