All the World’s a Stage: Elmira Little Theatre

This week we are gearing up for our annual Ghost Walk event that will take place this Friday and Saturday, October 18th and 19th. (Tickets are going fast so call 607-734-4167 asap to reserve yours!)  This is the seventh year of the Ghost Walk and each year just seems to get better and better.  We could not do it on our own.  The Friends of Woodlawn Cemetery allow us access to the cemetery and the wonderful actors of Elmira Little Theatre make the scripts that CCHS staff members write for the “ghosts” come alive. 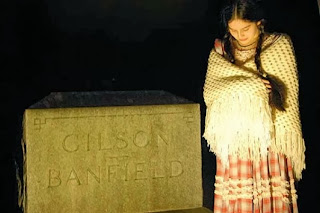 The Elmira Little Theatre will be celebrating its 70th anniversary next year.  The group started in 1944 with thirty original members called together by Mrs. Eleanor McKinnon Emery.  In December 1944 they presented their first formal production – The Man Who Came to Dinner – at Elmira College’s Cowles Hall.  The organization has had several homes over the years and in 1964 it found a permanent home in the former Southport Volunteer Fire Department building.  In 1977 when the Clemens Center for Performing Arts opened, ELT joined the Center as its resident theater company. 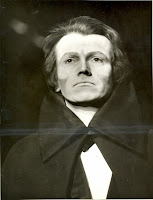 Many local residents have had the opportunity for time in the spotlight thanks to the Elmira Little Theatre.  Local broadcast legend Carl Proper was active in ELT.  While he never played a historic Woodlawn Cemetery resident for any of our Ghost Walks, he did play such roles as Billis in South Pacific, Harold Hill in the Music Man, Enoch Snow in Carousel and the title role in Dracula.  He was also known for his performance of the Abbott and Costello routine “Who’s On First?” along with David Sisken during the Little Theatre’s presentation of “A Visit to the Golden Age of Radio.”

Nearly every participant in ELT is a volunteer.  The actors, designers, costumers, builders and the organization’s thirteen board members all donate their time to bring theater to Elmira.  Community and civic participation have always been integral parts of the group and it has been providing much more than just entertainment since its beginning.  In the 1940s ELT participated in war-time fundraising campaigns, servicemen’s canteens and flood relief efforts.  In 1969 ELT created “Black and White Teen Theater” with the Elmira Neighborhood Ministry to improve race relations and encourage theater among the youth of the city.  ELT won an award from the NAACP in 1970 for that effort.

See actors from Elmira Little Theatre in action at the Woodlawn Cemetery Ghost Walk or in one of their upcoming productions: The Hallelujah Girls, Morning’s At Seven and Little Women the Broadway Musical.
Posted by Chemung County Historical Society at 5:59 AM