Read All About It: The Elmira Newsboys Club


You probably know that September 4 is Labor Day this year, but did you know that it is also Newspaper Carrier Day? No? Well, now you do! This fact made me recall this great photograph in our collection, showing the Elmira Newsboys Club. This got me wondering what I could find out about their organization. 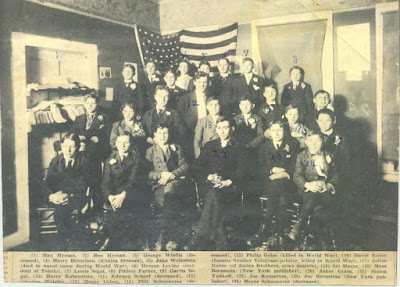 In the late 19th and early 20th centuries, Elmira’s newspapers, the Advertiser, Daily Gazette and Free Press (later the Star-Gazette), and the Telegram, used newsboys to sell their daily papers. Newsboys were seen as entrepreneuring young men, but who could also be prone to a bit of mischief. There was an issue with newsboys hopping on trains without paying in order to move faster through their routes and to sell to passengers onboard. Still, many people were fond of the boys and they usually got generous tips and gifts around holidays. 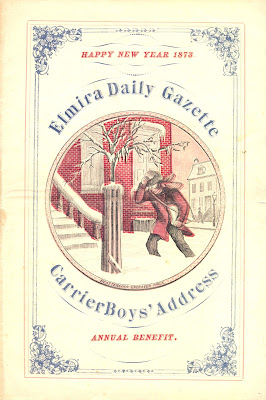 In 1907, an official Elmira Newsboys Club formed. They met weekly at the YMCA, where they had a variety of guest speakers and visitors, who spoke on everything from health and hygiene to leadership to adventure travel. At each meeting, local women’s charitable groups served the boys dinner. Afterwards, the boys played in the YMCA’s gym and pool. The newsboys, who were mostly between 13 and 14 years old, were given clubhouse furnishings by local businessmen, some of whom had delivered papers in their own youth. By the second meeting, they had almost 20 dues-paying members. 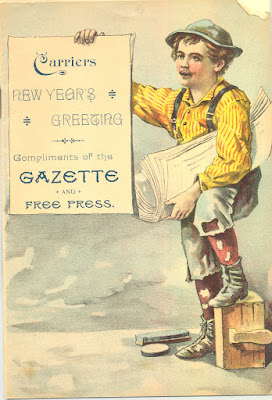 In that first year, an April banquet got pretty raucous. It involved thrown food, boys falling out of their chairs, confusing cheese and butter, and more questionable table manners. They were a spirited group!

In August 1907, the Elmira Newsboys Club took that energy on their first annual outing. The boys, who governed their own club, raised enough funds to pay for a trip to Watkins Glen. None of the boys had ever been to Watkins before. They took a steamer boat ride on Seneca Lake, which was offered to the club at a discounted rate.
The first president of the Elmira Newsboys Club was “Joe the Newsboy.” Joe was an Armenian immigrant who was well-known and liked and most likely a good deal older than the rest of the boys. Joe’s full name is a little hard to discern. In the newspapers, his name was spelled in the following ways: Hosep Kumrou, Joseph Kroumrou, Housep Kmorou, Housep Koumrou, Joseph Komrouian, and Housef Koumrouryan. For simplicity’s sake in this post, I’ll just stick with “Joe.” Joe, with his ambition, out-going personality, and broken English, was sometimes the butt of local jokes. He wrote a letter to the newspaper after he was satirically called “Joe the Nuisance” in an article.

Joe the Newsboy represented the club at the Jamestown Exposition, a world’s fair held in Virginia in 1907. He sold papers there and by all accounts had a great time. He sent letters to the club members. Once, Joe sent back a phonograph record of his voice. This gift was well-received: “The newsboys have been doing little else today except listening to Joe’s voice on the record as he makes his greeting to them over and over again.”

In September 1907, Joe returned from the Jamestown Exposition. He was in poor health and decided to move to Los Angeles, California for the better weather. When he left Elmira, the newsboys accompanied him to the train station and saw him off. It was said that “no one has been more faithful and more persistent in speaking well of Elmira than he.” Joe died in Los Angeles on April 28, 1916 after a long illness. He was buried in Los Angeles.

The Elmira Newsboys Club continued on. They still had weekly meetings through the 1920s at least. They had a baseball team through the 1910s. The club reorganized in 1923 and seemed to meet more sporadically through the 1930s and 1940s. 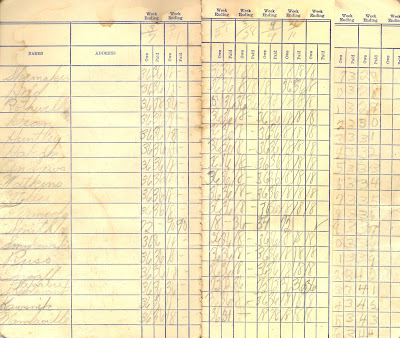 Posted by Chemung County Historical Society at 9:41 AM