W. Clyde Fitch, A Father of the American Stage 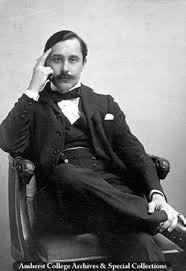 Playwright William Clyde Fitch once said he “would rather be misunderstood than lose his independence” and embraced his individualism. As a gay man living at the turn of the twentieth century, Fitch had always lived the life he wanted to, often going against established expectations.

Born in Elmira in 1865, Fitch grew up in Schenectady. His father, William G. Fitch was a former captain in the Union army during the Civil War, and his mother was a vivacious southern belle. Clyde, as he was known, was their only child and he showed an early ability to tell amusing stories and entertain others.

By the time he was in his early teens Fitch was considered a dandy by his peers. He attended Amherst College, graduating in 1886. While a student at Amherst he was known for his keen sense of fashion and amateur acting. He was thought to capture women’s roles quite believably, often dressing in women’s clothing for the stage.


After graduation Fitch’s father encouraged him to pursue architecture or business as a career. Fitch had other ideas. The two came to an agreement that his father would support him as a writer in New York City for three years, and if unsuccessful, Fitch would return home and follow his father's advice. He moved to the city and began writing short stories for Life and Puck magazines. His work caught the attention of the renowned New York Times drama critic, E. A. Dithmar and they became good friends. Through this relationship he was commissioned to write his first play “Beau Brummel” (1890) for the popular actor Richard Mansfield. The play dramatizes the life of Brummel, a character in British history who set the standards for men’s good looks and style, and was the very definition of a dandy. The play was a great success and launched Fitch’s playwriting career.

The social satire, biting wit, and intriguing character studies in his plays were popular. Clyde Fitch’s work was so successful that he once had five plays running on Broadway at the same time. He worked with leading actors of the day including Ethel Barrymore, Maude Adams and John Drew Jr. His playwriting earned over $250,000, a sum roughly equivalent to over 7 million dollars today. He spent lavishly on his own lifestyle, and bought residences that included a Manhattan townhouse and “Quiet Corner,” a summer estate in Connecticut.

Between 1890 and 1909, Fitch wrote and adapted more than sixty plays for the stage. In 1909, after suffering many appendicitis attacks, he chose to avoid surgery and to follow the advice of European specialists who suggested an alternative cure. However, Fitch died of sepsis in France, at the age of forty-four. He left his Connecticut estate to the Actor’s Fund of America, and today, his writing is housed in a special collection at Amherst College. He is known as one of the fathers of American drama. 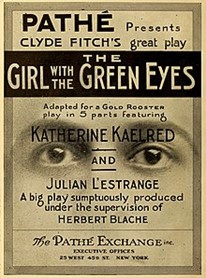 Although Fitch’s work has faded from popularity, Elmira College theater students have recently been studying his drama The Girl with the Green Eyes. At its peak, this 1902 play had a run of 108 performances at the Savoy Theater in New York City and starred top actor Robert Drouet in the lead role. Elmira College Theater Professor Hannah Hammond’s students were blind gender-cast in their roles to honor Fitch, and have shared their reading for you to enjoy. https://youtu.be/mwpVzqbrDmQ