Can you identify this century old artifact from the CCHS collection? 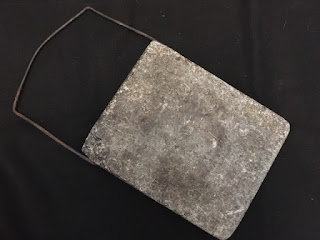 It’s one of the objects I asked nine year old students to think about during this year’s Summer Cohesion Program from the Chemung County Youth Bureau. CCHS has participated in this program for several years, and though it had to go strictly online in summer of 2020, instead of bringing students to the museum, the Summer Cohesion staff were determined to carry on. We were proud to be involved, and we congratulate the program staff on receiving the Program of Merit Award by the Genesee Valley Recreation & Parks Society, and the Program of Merit by the New York State Recreation & Park Society.

Thankfully, this year’s visits resumed in person. However, instead of field trips out in the community, students stayed put and we visited them. To do this, I created a portable museum complete with artifacts, and an activity.

Sitting in a circle, the students put on curator’s gloves and passed around the mystery artifact. Its function isn’t obvious, and I asked them to share what they noticed about it. I wanted them to comment on things like the object's size, texture, weight, and materials - not what they thought it was. This exercise helps them look a little longer and avoid making conclusions or assumptions about an object. In the end, all the students were surprised when I revealed that the object was placed in a fire to absorb heat and used to keep people’s beds warm in the wintertime.

Then I shared another artifact - a diary written in the fall of 1918 by Clara Gilbert, a fourteen-year-old girl from Elmira. 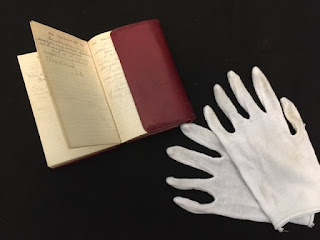 Students talked about what a diary is and why people might keep a journal or diary.

If you follow our blogs, you’ll know in March 2020, when COVID-19 first started to shut down schools and businesses, our archivist shared some of Clara Gilbert’s diary entries in a post titled The First Quarantine. Clara writes about her school being closed, events cancelled, and having to stay home. She shares her excitement about school cancellation, then her boredom at home, then the strangeness of returning to school at last. Students talked about how Clara described much that was familiar to them, while other aspects of the time were very different.

Each student then received their own diary to keep and the students broke up into groups to interview each other. The idea was to come up with questions Clara might ask if she time-traveled to 2021. What would seem familiar to her and what would seem different. Students recorded their questions and answers to each other on small voice recorders which we purchased from a QuickArts grant for this project. (Parents gave us permission ahead of time to save student answers and images.)

Some students were surprised that someone from a century ago went through experiences similar to theirs. When they talked about their own experiences with the pandemic, many talked about how hard it was to wear masks. Some mentioned how much they missed their best friends and teachers when school went online. Others mentioned how their computers kept breaking which made learning online even harder for them. Some talked about how they got to play with their sister, brother or best friend.

My hope is that these students gained an inkling of their own place in history, although that isn’t something a nine-year-old is likely to articulate. I was delighted, though, that one student said she enjoyed the history program because through it she got to know her classmates better. 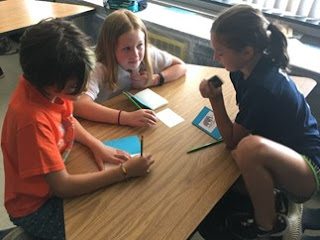