Good Olde Summertime Along the Chemung 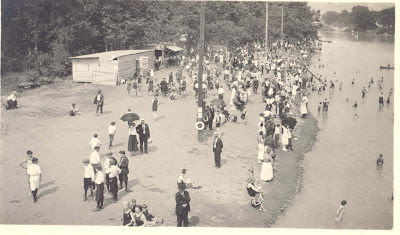 We have been suffering very much at this place for some time part from the effects of a severe drought.  But little rain has fallen for several weeks.  Wheat and grass were too forward to be much injured therefore the crops of those have come in very well.  Early potatoes will not recover from the injury done to them and corn, oats, and late potatoes are also suffering severely.  This afternoon a light rain is falling though it continue for any length of time – it will do a great amount of good.  Some days this season have been excessively warm, warmer then I ever knew – the therometer standing at one time at 92 degrees in the shade.  I found the river quite convenient to cool myself in I can assure you.
Francis Hall
August 4, 1843
Elmira 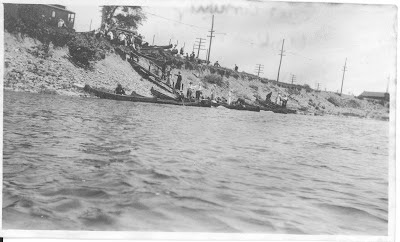 By the mid to late 1800s the importance of the was shifting from industrial and daily needs to recreation, especially during the summer.  There was canoeing, boating, picnicking along the banks, swimming, fishing, sculling, and regatta races.  A must was shipping a canoe by train from and then paddling back along the river’s winding course.

Between Grove and Lake Streets in the river were several islands strung together. Known as , it was a popular place to spend a Sunday afternoon swimming, boating, walking, and picnicking.  To get to the island there were wooden stairs at the Lake Street and .  A popular phrase of the time was “meet you at the island.”  During the Civil War era political and patriotic rallies were even held on the island. 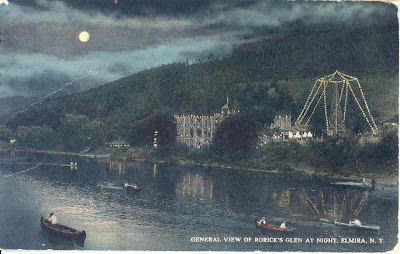 Located 2 ½ miles from along the southern banks of the was Rorick’s Glen.  The primary reason for the park’s existence was to build up street car customers.  For the price a street car ride passengers got into the park for free.  There was, of course, plenty to do at Rorick’s Glen - canoeing, donkey rides, enjoying one of the many picnic grounds, riding a miniature railroad, roller coaster or giant swing, and walking along a variety of trails. 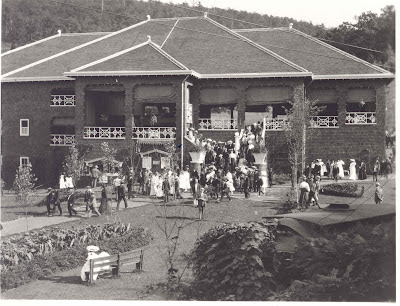 From 1901 to 1918 Rorick’s Glen was perhaps best known for its summer theater.  The open air theater sat 2,000 people.  The theater even attracted Broadway stars looking for work during the summer months.  A skeleton company was hired for the season and Broadway stars were brought in for a week’s run.  For ten to fifteen cents audiences could enjoy operas and musical comedies everyday, except for Wednesday evenings and Sundays. 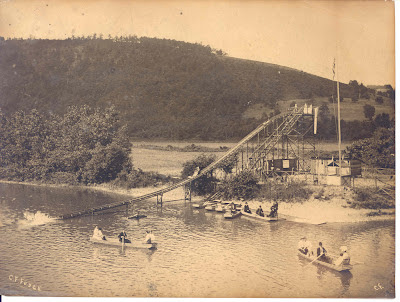 What are your summer memories of ?
Posted by Chemung County Historical Society at 4:31 PM