The Smallpox Epidemic at the Elmira Prison Camp

(Mr. Emerson has recorded his Civil War talk for us to post on our video page of Facebook on 4/30, this timely blog highlights some of the topic he will cover.)

The smallpox epidemic that struck the Elmira Prison Camp during the Civil War provides a didactic message for the present. With the proper precautions, the epidemic could have been managed with a minimal loss of life, but without the preventative steps or proper social distancing the virus spread and became the third leading killer at the prison camp.

Smallpox was a feared disease in the 19th century. Before the rise of germ theory, medical science did not know what caused smallpox and had no cure for it. To this day, there is no cure. The only available tool was prevention. Isolation, vaccination, and inoculation were the main methods of smallpox prevention, and they were applied too late at Elmira. 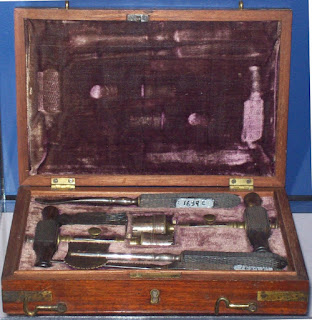 All Civil War prison camps were visited by smallpox, with most experiencing similar problems in bringing it under control, even though the means for preventing it were widely known. The spread of crowd diseases, like smallpox, became one of the unintended consequences of the decision to establish military prison camps during the war, as nature and the environment became another enemy to battle with.

The presence of smallpox in the prison camp presented the possibility that it could spread to the civilian population in Elmira. By good fortune it did not, but the city leaders took the precaution of establishing a pest house to allow for the isolation of any cases that should crop up. The Elmira pest house was maintained into the early 20th century as a first line of defense whenever smallpox or any other contagious disease visited the area. 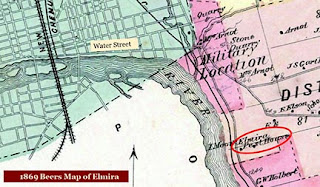 Today, we must defend against a new virus that threatens our well-being. Many of the lessons applicable in 1865 are still important in our current response to covid-19. Let us hope that people heed those lessons well to lessen the impact of the illness, while we wait for a vaccine to bolster our arsenal against it.

Join our Facebook page on Thursday April 30th at 7 pm for a recorded talk by Gary Emerson.

Posted by Chemung County Historical Society at 5:31 AM