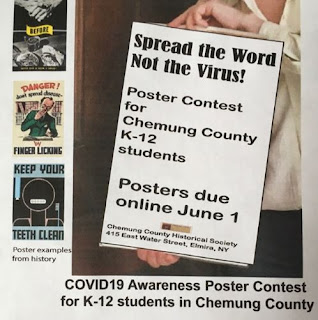 The Chemung County Historical Society is sponsoring a COVID19 Awareness Poster Contest for area students. Posters are due online by June 1st and more details can be found on our Facebook page or this link at Poster Contest.


Our contest is open to all Chemung County students enrolled in public, private or homeschooled classes ranging from Kindergarten through 12th grade. We’ve lined up a committee of local celebrities to judge the entries, and the posters they select will be put together as part of a CCHS online exhibit everyone can see. The overall winning poster will be professionally printed and distributed to schools and public buildings for display, and to remind us of good health practices. Our project is supported by a grant from the Arts Council and we thank them. Please share this contest information with any students you know.


Why Posters? Throughout history, posters have been an effective and eye-catching way for people to get their messages out. Early posters in America can be traced back to the late 18th century and were mainly used for advertising. Most were lithographic prints created with a printing technique that uses a flat treated surface, often a stone. To make a print, the surface is treated to attract or repel ink in order to create the desired image. The word Lithography is derived from two ancient Greek words - stone or lithos and writing or graphy. This process was a big improvement over earlier printing practices, however it remained slow and labor-intensive because each image color required a new surface. By the end of the 19th century printers had improved the process and could now create a rainbow of colors by only using three printing surfaces. Large-format printing became easier, cheaper, and more reliable. 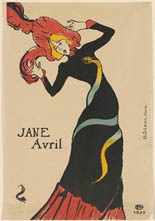 His poster of dancer Jane Avril plays up her dramatic flair using that great swooping hat and ribbon snaking down her dress.


Posters were often bold, colorful and used image as much as text to get their message across. Not only used in advertising, they were often used to influence public opinion. As life moved faster and the 20th century world headed towards war, posters advertised or promoted specific issues like this example from our collection.

Dressed in an American flag, this farmer spreads victory across the land. While some posters promoted greater public knowledge and were based on facts, others were biased sharing very narrow viewpoints. These functioned as propaganda attempting to push false information or ideas. Either way, posters were an effective way using both image and text to spread messages to as many people as possible.

Poster contests don't span the same history. Locally, they show up in the Star-Gazette mid-20th century. In 1949 the Montour Falls School advertised a contest for 5th through 8th grade students to create posters on the Bill of Rights. Other contests and topics over the years were sponsored by the Civil Defense auxiliary guild, Family Doctors Preventative Health, Muscular Dystrophy, Red Cross preparedness, an anniversary of women's voting, fire safety, and racial equity.


Posters can be serious, clever, funny, subtle or bold. Humor has made its inevitable dent in the COVID19 situation, with posters from the so-named ‘Coronavirus Tourism Bureau’ a clever hack by talented California graphic designer Jennifer Baer. She's made staying at home look exotic. 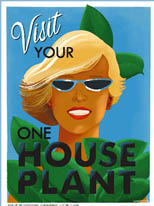 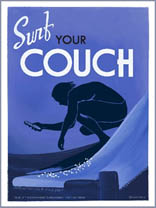 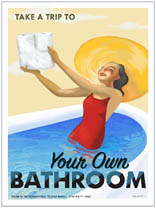 The world as we knew it before COVID19 has changed. The lives of our students have been changed forever. We want to see what Chemung County students have to say, we believe their voices are important for us to hear.


Encourage any students you know to participate and spread the word!
(For another blog on posters, see our blog Selling the War )
Posted by Chemung County Historical Society at 6:36 PM