June 22nd marked the 45th anniversary of the Flood of 1972. Caused by heavy rains courtest of Hurricane Agnes, the flood of June 22-23, 1972 was the worst disaster in the recorded history of Chemung County. It caused an estimated $291.2 million worth of propety damage and forced approximately 15,000 Elmirans from their homes. The waters had barely receded before the city was hit by a second flood, this one of people.
Some of the visitors where here to help. Trucks from Utica came down with bottles of clean, pasteurized water courtesy of that city’s breweries. Over 1,000 Red Cross workers helped to coordinate supplies for the displaced and assist with the clean-up. Volunteers with Operation Rebuild made repairs to people’s homes. On June 30, Vice-President Spiro Agnew toured the Twin Tiers to survey the damage and promise federal assistance. Elmira could not have recovered as quickly as it did without the invaluable help all of them provided.

Other visitors were less benign. Looting was a huge problem. The flood had left many homes and businesses unguarded. Within four days of the flood, 13 people were arrested for looting, charged with stealing everything from electronics from stores to personal items from people’s homes and even the rug from Silver Dollar Cleaners. The National Guard was called in to protect the downtown from further theft. They formed a perimeter around the area, only letting in store owners who had a special pass to be there. With no authority to arrest people, or even a place to put them if they did, the Guard resorted to simply confiscating stolen merchandise and escorting looters outside the protected zone.

Sight-seers and disaster tourists also posed a problem. Two of the city’s four bridges were down and, with portions of the downtown being blocked by the National Guard, traffic was a nightmare. The influx of outsiders coming to take pictures and gawk at the devastation only made it that much worse. They also caused problems driving through residential areas. The flood had left the roads coated in mud and, as it dried, every car which drove by kicked up clouds of dust. Some homeowners put up roadblocks on their streets to keep out the tourists so they could salvage their homes in peace.

Posted by Chemung County Historical Society at 6:07 AM 3 comments: 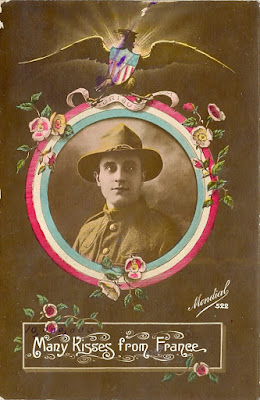 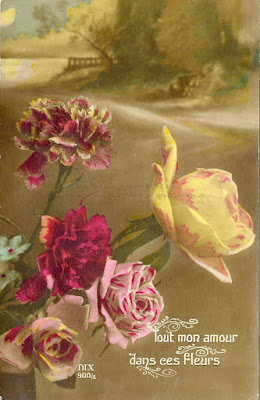 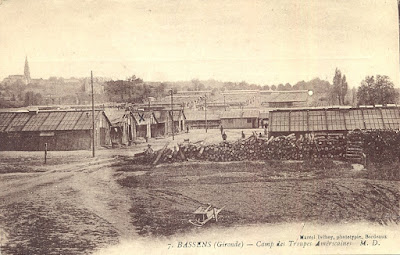 Posted by Chemung County Historical Society at 5:05 AM 1 comment:

Lonely Hearts of Yesteryear: Matrimonial Ads in the 19th and Early 20th Century

What was a lonely maiden, ageing widower, or other longing singleton to do to find a spouse in the days before Match.com or OkCupid? Well, actually, they did something very similar to online dating! In the late 19th and early 20th centuries, local folks and people around the world placed advertisements in newspapers and used matrimonial agencies to find “the one.” Some advertisements were romantic, but most were exceptionally pragmatic. There are many local examples; you can find them in the classifieds section of papers nestled between ads for livestock, real estate, and men’s “vitality” pills (a subject for another post…). Some of these love stories had happy endings, but others didn’t work out so well.
There were a couple of ways that people went about seeking a spouse. Some contacted matrimonial agencies, which worked to compile profiles of singles all around the country to make matches. Sometimes these companies would place newspaper ads for clients and would accept the resulting correspondence. Other times, the companies would compile catalogs of marriageable people. For example, in 1912, a matrimonial agency in Skaneateles advertised that for 25 cents they would send a catalogue with hundreds of photographs and descriptions of eligible people, “rich, poor, young, old.”

In 1908, the Intelligence and Matrimonial Agency operated at 117 W. Water St. in Elmira. As you can see from their ads below, however, they had clearly diversified their offerings (you could buy sugar while looking for your “sugar”).

Another ad specifically targeted Catholic singles. It’s hard to know how many locals were using matrimonial agencies, but by the 1890s, there were notices in the papers about young local women finding husbands that way. In 1892, it was reported that some young Elmira women were heading out to the wild west to be married.

Other singles placed their own ads in the paper, briefly offering some facts about themselves and detailing what they were looking for in a partner. Below are some examples:
Matrimonial agencies, while costing more, added an extra layer of protection for their users. They could filter responses, something not available to someone going it alone. This could be useful to make sure that all of the inquirers were serious. The necessity of this can be seen in a prank played by two Elmirans, John B. Fitzpatrick and Charles H. Armitage. In 1897, they were managing the tour of actress Floy Crowell. While promoting an Albany show, Armitage put an ad in the papers reading: “Young lady of engaging appearance and enjoying her own private fortune would like to correspond with handsome and well connected young man. Object: matrimony. Address C.R.F., Box 317, Albany.” Armitage took the letters and had a woman at the Albany Argus respond to all of them as follows: “your kind note received. Before making my identity known I would like an opportunity of seeing you, under circumstances which will render it impossible for you to identify me. Please attend the Floy Crowell entertainment at the Leland Monday evening, wearing a white carnation as a boutonniere.” On the night of the show, at least 14 white-carnation-wearing men came, and upon seeing the others, knew they had been duped.

While Armitage’s prank was relatively harmless, male and female con artists sometimes used the matrimonial ads for criminal ends. In 1923, Elmiran Jennie Steele, a 56-year-old widow, married Charles W. Davis, a 75-year-old man (he told her he was 65) she met through a matrimonial agency. She said a few days after they married, he left with her diamond ring, money, and other property worth $600. Police discovered that he had done the same matrimonial agency marriage scheme to women across the region.

In 1930, Elmiran Jacob F. Brookman’s new matrimonial agency wife disappeared with $1,200 after 5 weeks of marriage. She was Patsy Sullivan, a 33-year-old widow from Kansas. He connected with her through an agency and sent $56 for her to come to Elmira. He considered his loss to be $1,285.50 once you also factored in his legal fees. That same year, John B. Blake of Van Etten’s matrimonial agency marriage to Lucy Robertson of Elizabeth, NJ failed. They married in 1926 and he said that she threatened divorce less than a week after their wedding if he didn’t put the title to his farm in her name. He did so and shortly after, she returned to New Jersey. He sought legal means to reclaim ownership of his property.

Of course, not every pairing that failed did so for criminal reasons. Sometimes, one or both parties engaged in some false advertising. For example, in 1902, J.D. Gordon of Elmira worked with a matrimonial agency to connect with Fanny Gleason of Sage College. They met in Ithaca after corresponding. Gordon, however, failed to disclose that he was deaf and mute and could only communicate through writing; likewise, Gleason was the 60-year-old stewardess of the college, not the young college girl he envisioned. Needless to say, their match was not a success.

Stories like all of the above were rather popular in the press, which is likely why John O. Roberts from Graphiteville, N.C asked the Elmira Police Department to provide a “Certificate of Reputation” for Hazel Summers Tobey of Elmira Heights before they were wed. The pair had been matched by an agency, but Tobey still needed to get an official divorce from her first husband. Roberts said that as long as it could be proved she was an honorable woman, he would help her secure the divorce and relocate to Graphiteville. There’s no word on how that shook out.

Despite the risks, there still was a romanticism to the ads and many people wanted these relationships to work out. For example, in 1901, the news printed a story of an Elmira woman who was distraught on a train after failing to meet up with a man she had been corresponding with in Ithaca (the failure was rather convoluted and involved her wearing flowers on the wrong side of her body and him then not knowing which woman was the one he was to be meeting). She told her story to members of a band sitting near her. When she mentioned his name, it turned out that they knew him and that he was also on the train. The band members united the two engaged would-be lovers.

Posted by Chemung County Historical Society at 6:01 AM No comments: