By Rachel Dworkin, archivist
On August 26, 1946, Elmiran Richard A. Johnson sailed off to war. Again. Johnson had already fought in the Pacific with the Navy during World War II, but now he would be participating in the opening salvo of what would be a very cold war.

Shortly after the end of World War II, the United State began to gear up for the very real possibility of an attack from the Soviet Union. Military strategists believed that the Soviets might attack via the North Pole region and the Navy put together a series of polar training operations in order to prepare. The first of these operations was Operation Frostbite, which took place on Greenland during the fall and winter of 1945-46. The second was Operation High Jump, which took place in Antarctica from August 1946 to March 1947.
Operation High Jump was carried out by Task Force 68, under the dual command of Rear Admirals Richard H Cruzen and Richard E. Byrd. The task force consisted of 4,700 men, 13 ships, and 33 aircraft including our boy Richard A. Johnson, a radio operator aboard the task force’s flag ship U.S.S. Mt. Olympus. The task force’s mission goals were to: establish the research base Little America IV; train personnel and test equipment for cold weather conditions; consolidate and possibly expand US territorial claims on Antarctica; determine feasibility of permanent research bases and air strips; and expand knowledge of Antarctic geography and resources. It was these exploratory aspects which were played up for the public, both in the papers at the time, and in the documentary film The Secret Land, which won an Oscar in 1948 for best documentary film.

The Russians weren’t buy it. In early December 1946, they dispatched their own mission to Antarctica, led by famous Russian explorer Vladimir Ivanovich Voronin. The Russian expedition consisted of ten whaling ships and one tanker. The two groups never interacted, but the Soviets had made their point.

In the end, Task Force 68 was chased out of Antarctica, not by the Soviets, but by encroaching ice. Despite having to leave a bit earlier than anticipated, they did achieve their mission goals. They built an ice air strip and took thousands of aerial photos. They used their submarine to explore the underside of the ice shelf. Thanks to a plane crash on
December 30th, they gained plenty of experience conducting cold weather search and rescue operations. Moreover, the press coverage and documentary helped to make the operation a real public relations victory.
Posted by Chemung County Historical Society at 6:00 AM No comments:

The Clown in the Free Ground

Our 2016 Woodlawn Cemetery Ghost Walk ended in a little-known part of the cemetery: the free ground or Potter’s Field. Many of those in the free ground were destitute and their families could not afford a private plot. Others outlived all of their family, leaving no one to make arrangements. Some were simply unidentified. For Ghost Walk, I researched some of the people buried there using the clues I could find with the help of the staff at Woodlawn Cemetery. This was understandably hard to do. Still, I found some information and with beautiful staging and performances by the Elmira Little Theatre, the stories of some of the inhabitants of the free ground were brought to light (you can read the script from that night here). But there was one story I found that we didn’t tell that night. I’ll share it with you now.

Hiram Day was born in his family home along the Newtown Creek in the late 1830s. At age 10, he ran away from home to work in a hotel in Syracuse. He was not long for the hotel business, because soon after arriving, he found work with a circus. Young Hiram traveled around the country and South America with the troupe.
He next joined Dan Rice’s famous show, where he was highly regarded for his impersonation, equestrian, and acrobatic skills. He skipped around from company to company, later even performing on a Mississippi River boat. He worked in the circus for 40 years.
That, however, was the high point of Hiram Day’s life, because as one newspaper put it, “Hi Day had made and spent a fortune.” After moving back to Elmira at the end of his career, he was left with little money and even less family. Although he was twice married and said he had a son down south, his wives were dead by then and his son seemed not to care. Hiram repeatedly said his son would come help him out. That never happened.

By 1895, “Hi” was far from his former glory and resorted to eking “out an existence as a ‘human sandwich’ for the ‘Budget.’ That is he wears a board over his breast and back, advertising the special features the next issue of the paper will contain.” Rheumatism had left him crippled, with his feet particularly affected.

Hi Day died on July 16, 1897 at home of his brother Stephen Day at 608 Magee Street. He had been sick with pneumonia for 4 days before he expired. The Elmira Gazette published a sympathetic obituary that discussed his glory days in the circus, but ended with:

“In striking contrast to this picture of a dashing, strikingly-costumed young man with plenty of money in his pockets, is the familiar sight of the poorly-clad, bent old man hobbling along Water Street, asking for alms.”

Hiram Day was buried in the free ground at Woodlawn. His grave is unmarked.

This winter, the region has been hit by wave after wave of winter storms. Elmira has been spared the worst of it (so far), but Chemung County has been hit by quite a few major snowstorms over the years.

On March 1, 1892, Elmira held a special charter election. The heaviest snowfall of that year arrived the same day. Despite the nearly two-feet of snow, voters came out to elect Republican Colonel David C. Robinson over Democrat Frederick Collin for mayor with an unprecedented majority. The election was considered a complete turnover for the once Democrat-led city. All the aldermen’s races were won by Republicans and both of the newly-elected justices of the peace and all the constable were also Republicans. The day after the election, the Owego Daily Record reported that “great rejoicing reigned [in Elmira] last night in the Republican ranks, horns and broom parades taking place, notwithstanding a deep fall of snow.”

A winter storm on Valentine’s Day in 1914 dumped 24 inches of snow on Elmira. That storm held the record for the heaviest snowfall for 47 years until 1961 when 25 inches of snow fell in a single storm.

A lighter snowstorm of just 22 inches hit the city on January 29, 1925 and the city practically shut down. Streets were impassable to automobiles, trolleys were stalled, and trains were up to 12 hours late. As many as 3,000 visitors from out of town were stranded in the city. Schools and businesses were closed as 150 public works employees labored through the night clearing truckloads of snow from the streets. Several horseback riders were seen on the streets that day, enjoying the lack of automobiles.

Three years later, on March 19, 1928, the biggest single snowfall of the season brought only 10 inches of snow to the city. The storm did not cause any notable travel problems but the cleanup provided temporary employment for more than 200 men throughout the county.

A major storm in mid-January 1958 closed schools and canceled flights at the county airport. Two snow loaders, 14 trucks, six plows, and four graders were used to clear the city streets.
The 1960s saw two major winter storms hit the area. The storm on February 3-4, 1961 broke the longstanding record set in 1914 of the most snow dropped on the city in a single storm. Elmira saw 25 inches of snow while the entire region was blanketed in 14 to 32 inches of snow. Buses and trains were hours late and the airport closed. Schools and businesses also closed and most events were canceled. Harris Hill’s ski slopes were even closed because of the storm.

On January 30, 1966, only eight inches of snow fell but high winds with gusts up to 45 miles per hour blew it into drifts up to 14 feet deep in some places in Southport and VanEtten. Roads and highways, schools, offices, and retail stores were all closed. Factory assembly lines were shut down and garbage pickup was postponed in the city. The high winds tore tv antennas off of houses and made the 15 degree temperatures feel much colder.

A late-season storm on March 29, 1984 dumped 14 inches of snow. Elmira declared a state of emergency and ordered cars to be removed from city streets. Chemung, Schuyler, and Tioga counties put travel restrictions into effect. The Elmira-Corning Regional Airport canceled flights and the Arnot Mall closed because crews were overwhelmed by the amount of snow in the parking lot. The heavy snow took down trees and power lines leaving as many as 4,000 customers in Chemung County were without power.

Winter snows will continue to fall no matter how inconvenient it is for people. Here’s hoping for an early spring! 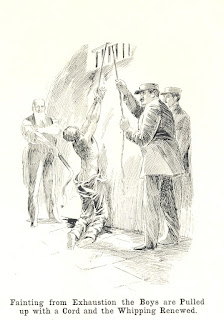 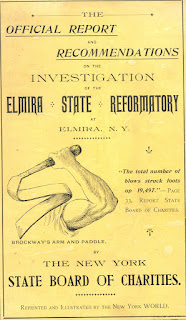