Over the years Elmira has been home to a number of musicians, composures and music teachers.  In the opening decades of the 20th century it was home to Charles X. O’Brien, a man who was all of the above.  From 1899 until he left the city for Texas in 1920, O’Brien taught music.  He had his own studio on East Water Street where he gave piano and voice lessons.  In addition to his private tutoring, O’Brien also worked at the Elmira Free Academy conducting the orchestra and directing, sometimes even writing, their annual minstrel shows.

Although all his students have since passed on, he was, by all accounts, quite popular among them.  In a 1976 interview, Mrs. Kathryn Jewett Allen recalled O’Brien as being tough but good.  “There was no fooling around in his classes and no one ever got away with anything,” she recalled.  When he wasn’t busy keeping them in line, O’Brien was very supportive of his students.  Five of them went on to become professional musicians in their own right including Talitha Botsford, Kathryn Allen, Gwynn Bement, Jay Parker and Muriel Chamoulaud Iszard
Today, O’Brien is best remembered for his many, many compositions.  He wrote dozens of songs for the school minstrel show, for the Rorick’s Glen summer theater and for fun.  One song, “Japi Rag” was written specially for piano student, E. Harold Wetsel, as a solo for him in the Elmira Free Academy Follies. 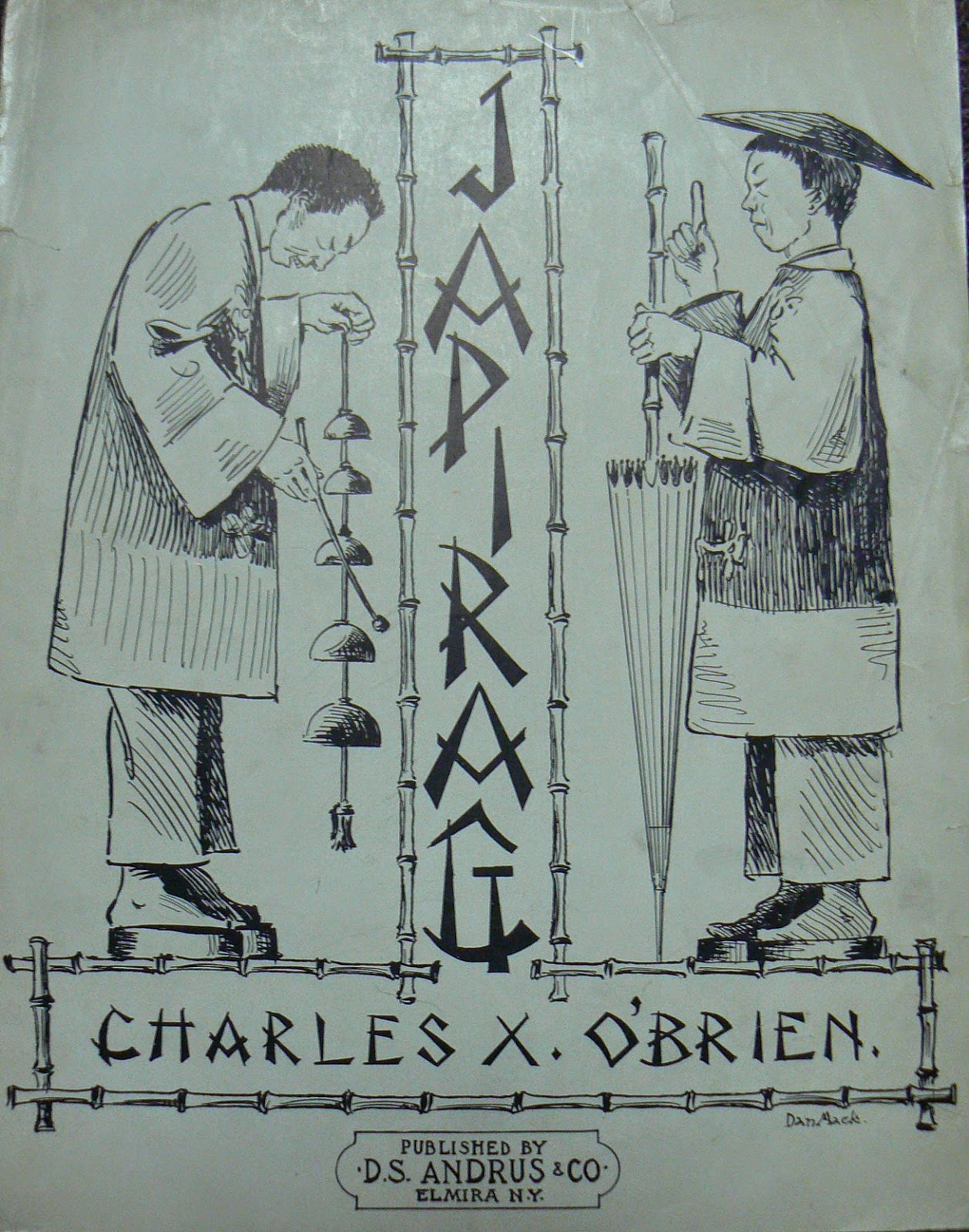 The Chemung County Historical Society has the sheet music for over a dozen of his compositions.  You can listen to his song “If You Were a Big Red Rose” here: http://www.chemunghistory.com/redrose.html 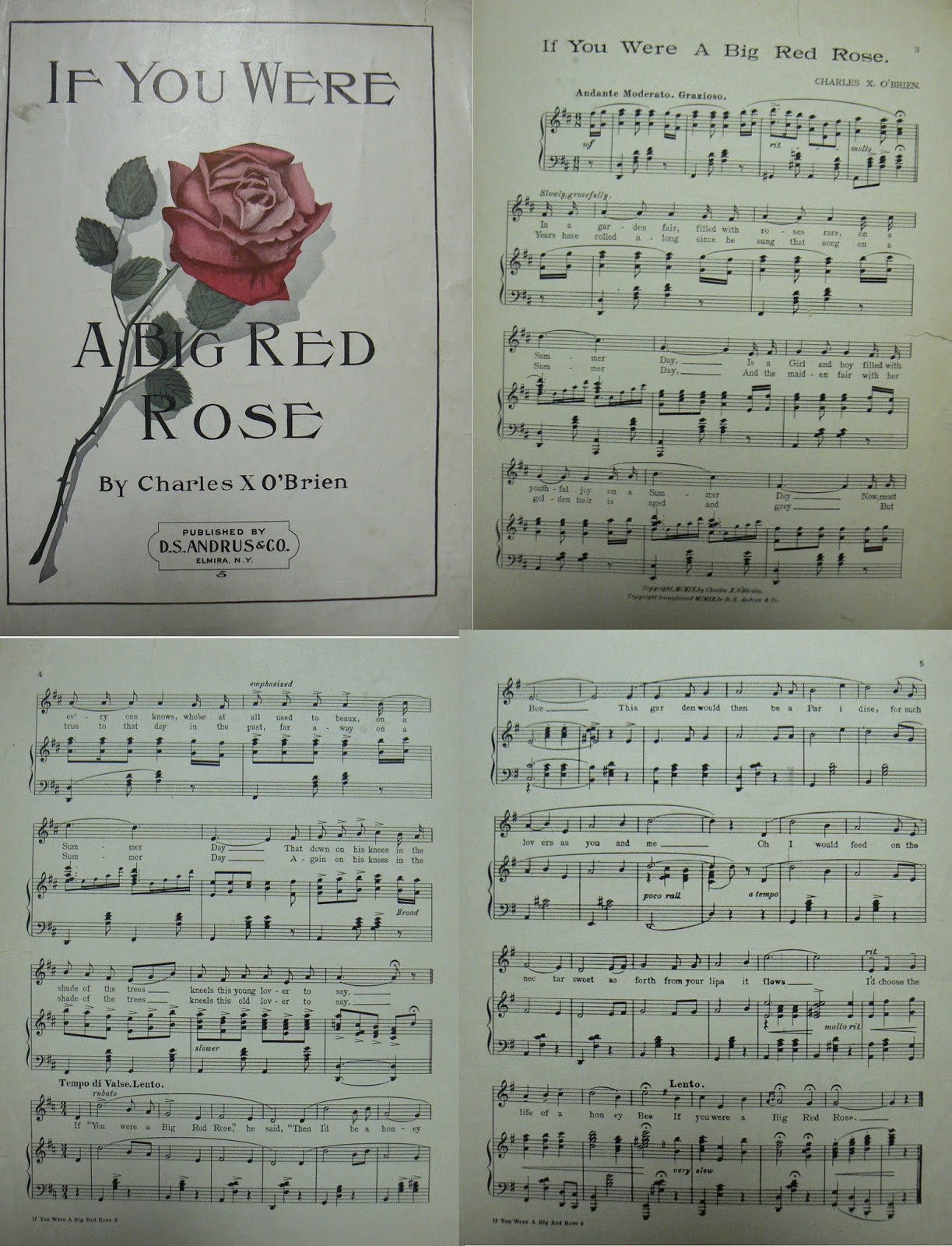 ﻿﻿
Posted by Chemung County Historical Society at 5:53 AM No comments: