Attention bigwigs at CBS (since I know all of you read our blog)!  I have the perfect idea for your next, inevitable CSI spin-off: CSI: Elmira.  Yes, a CSI show set in Elmira, NY.  More specifically, late 19th century Elmira.


Now, I know this might sound strange, but hear me out.  Elmira was at the forefront of a lot of early forensic science and had a whole host of colorful characters that would translate well to television.


Every one of these crime shows needs a delightfully eccentric scientist character.  Well, allow me to introduce you to Dr. Thaddeus Up de Graff (a name perfect for TV).  Dr. Up de Graff, a Civil War veteran, was a prominent surgeon in Elmira.  He hung out with many local luminaries, including Mark Twain (can't you just imagine the great Twain cameos that could be in this series?).  He also was one of the founders of the Elmira Microscopical Society.  ﻿﻿

It was his interest in microscopes that leads us to an anecdote that would make a great episode.  In 1884, Dr. Up de Graff was a star witness in a murder trial in Wellsboro, PA.  In that case, he was credited with providing the testimony that led to the man's conviction.  Why was his testimony so important, you ask?  Dr. Up de Graff claimed to be one of only four people in the world that could tell the difference between human and dog blood.   After examining the size of blood corpuscles, he determined that the blood was human.  The story of the trial was published in all of the leading science and medical journals of the time.  Some scoffed at Dr. Up de Graff's claim, stating that only under perfect conditions could human blood be microscopically told from dog blood.  Still, Dr. Up de Graff maintained that "the superior character of his glasses" and his $1,600 microscope made this possible.

In addition to microscopes, Elmirans were experimenting with other early forensic technologies.  In 1898, Dr. Frank Ward Ross wrote an essay on the use of x-ray photographs as evidence in court cases.  X-ray technology was introduced just a few years earlier, so many understandably doubted the reliability of this new wonder to accurately depict reality.  Dr. Ross wrote that strict measures for taking and developing these images needed to be followed (can't you just see Dr. Ross as the perfect straight man counterpart to a more zany, dog blood-identifying character?).  ﻿


Due to these issues, Elmira's courts and judges had never allowed photographic evidence to be used in a criminal trial.  Dr. Ross had, however, been able to testify using x-rays when discussed in conjunction with a report of physical examination.  For example, he recounted the time he had used x-rays to conclusively prove that a bullet was not still lodged in a suspect's arm.  X-ray doubters did have a point, though.  As you can see in these period x-ray images from our Van Aken glass plate negative collection, this was far from an exact science.﻿﻿

Elmira also had no shortage of lurid crimes that would be perfect for that "ripped from the headlines" approach that so many crime shows take.  The newspapers were filled with tales of the latest scandalous murder, assault, arson, or other crime.  These stories also frequently came with pictures of the gruesome events.  You see, before there were crime scene photos, there were crime scene drawings.  Below are two early 1890s examples: 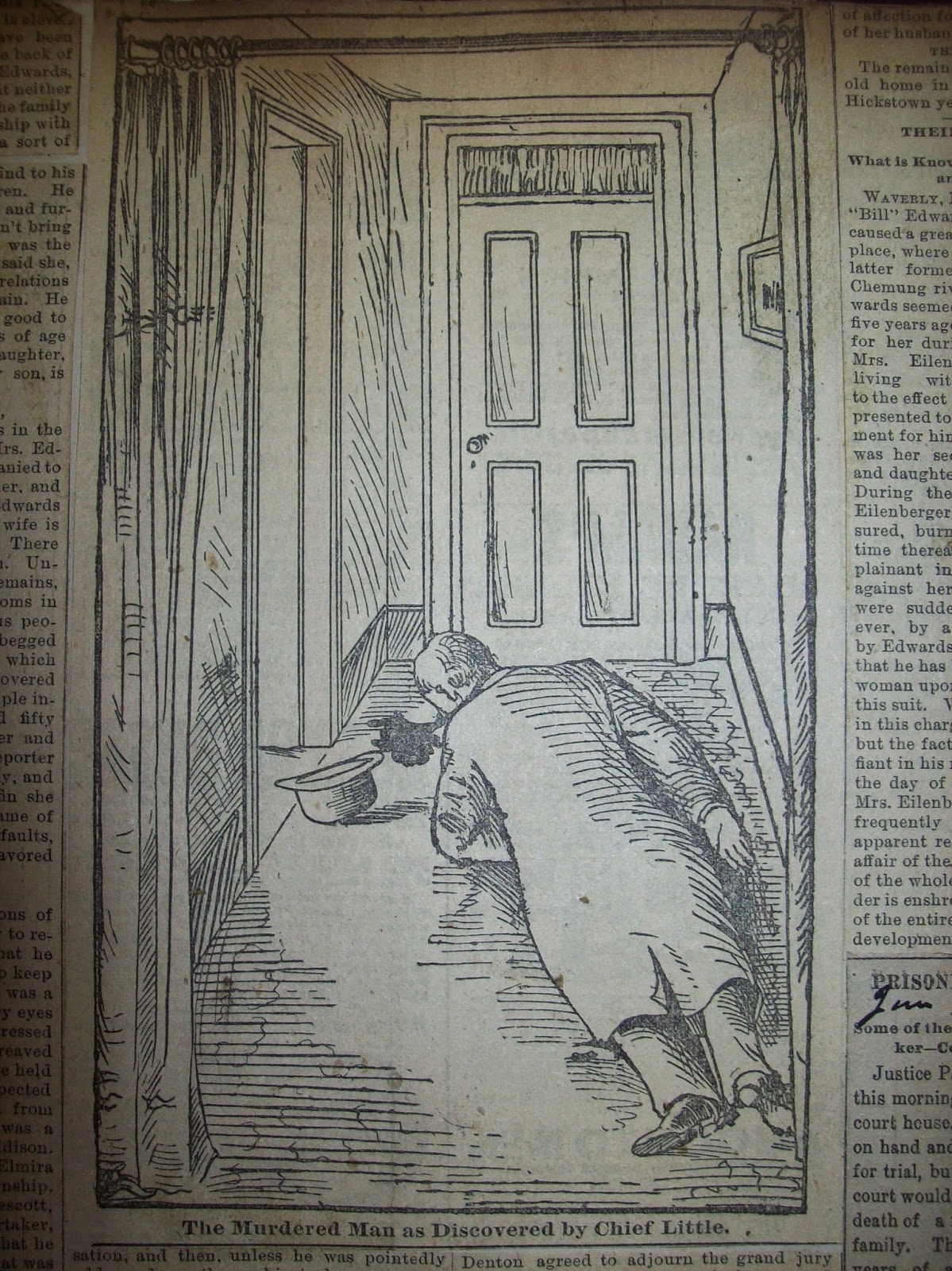 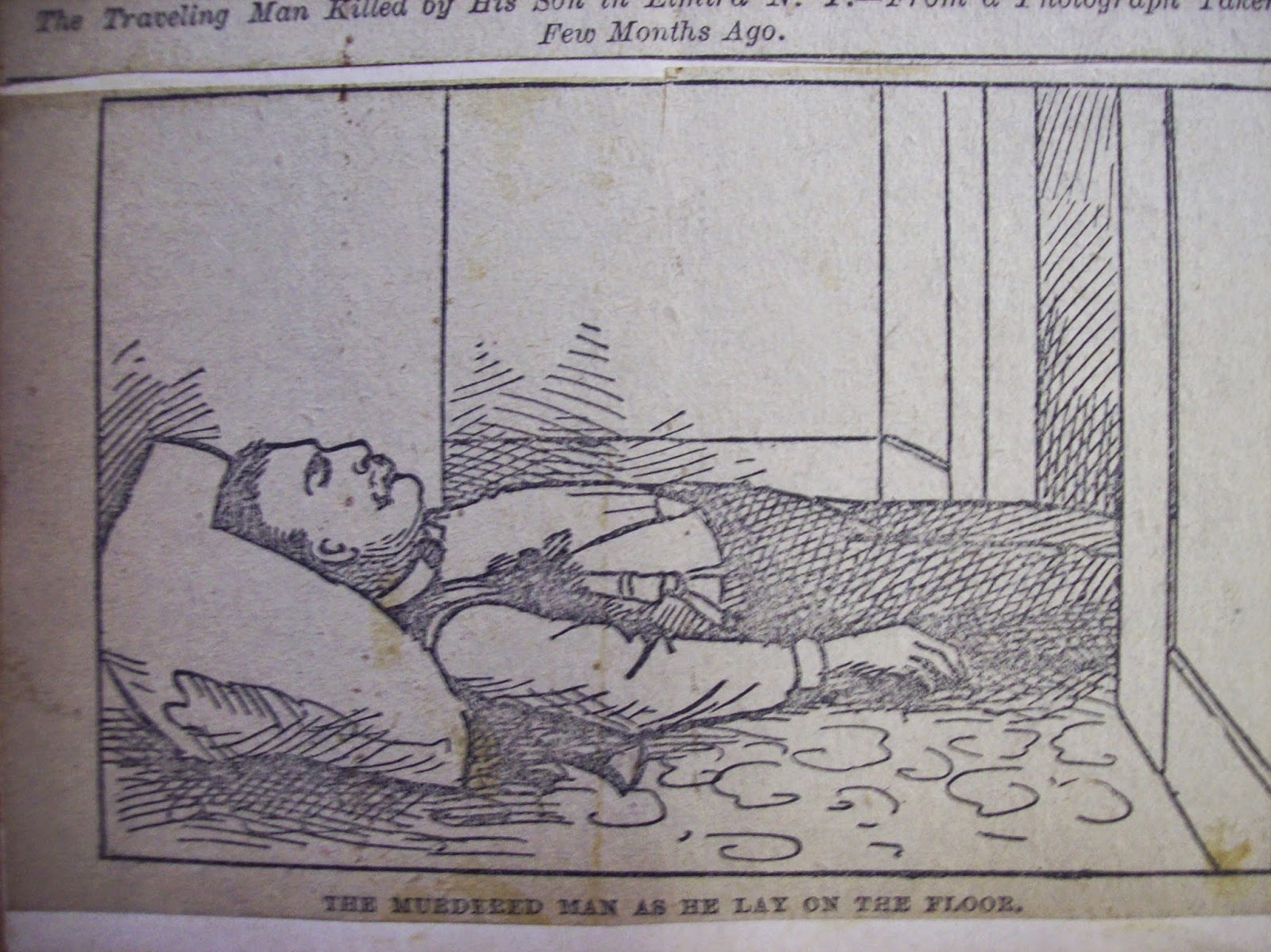 The police (and the press) also were interested in an early form of ballistics.  This illustration compares a pistol cartridge with the bullet pulled from a murdered man's skull: 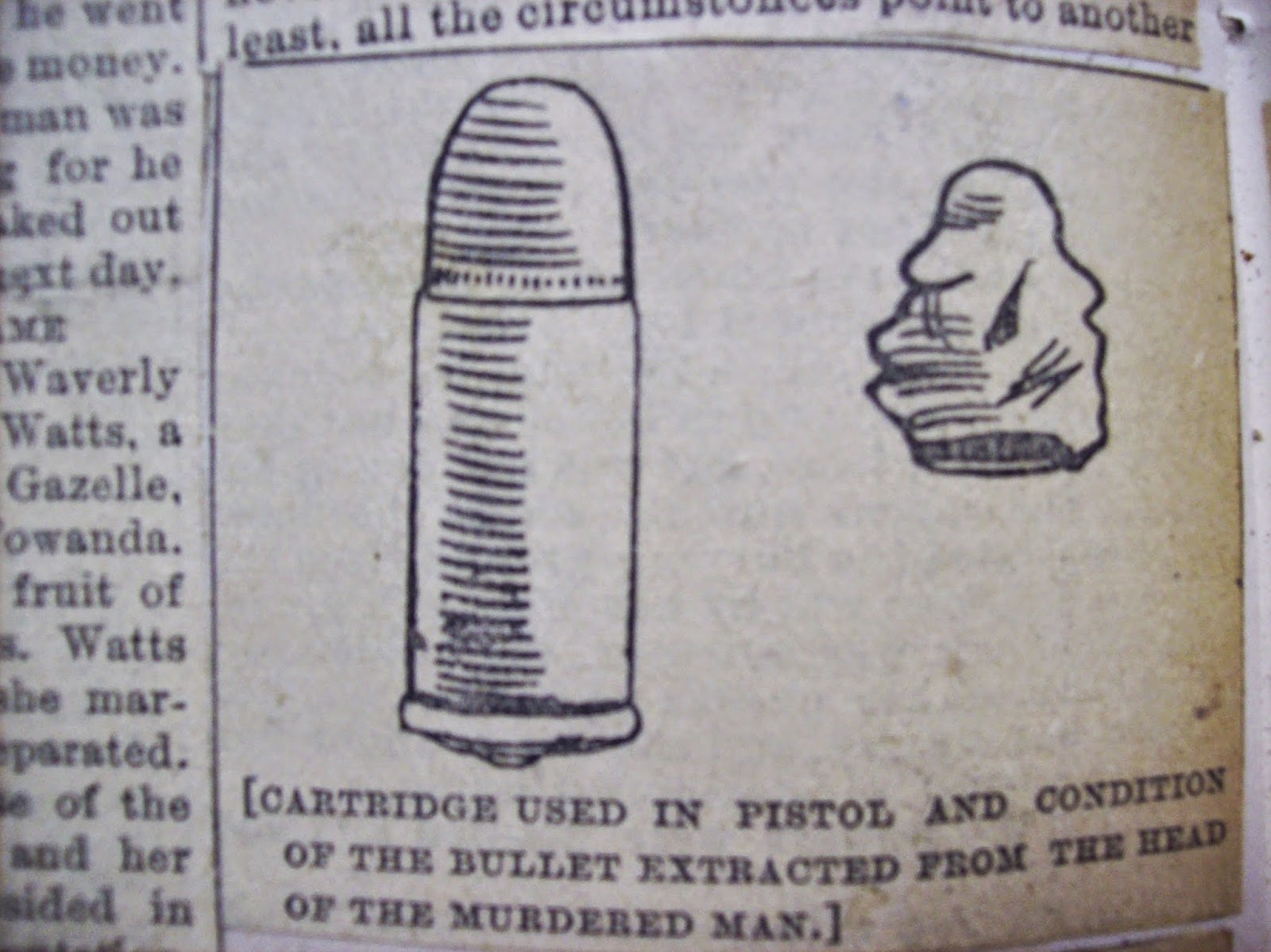 To conclude my pitch, this is just a sampling of ways that Elmirans were at the cutting-edge of grappling with crime around the end of the 19th century.  And there is more where these came from (we didn't even get to discuss the characters on the police force or the first female coroner!).  So, when you TV producers decide you want to turn this into a pilot, give me a call and I'm on the first flight out to Hollywood.


Posted by Chemung County Historical Society at 5:40 AM