It may seem weird to be writing about another museum on our museum’s blog, today we’ll be giving the Arnot Art Museum some love.  This year marks the 100th anniversary of the Arnot Art Museum, Elmira’s first museum.  In addition to this blog post, CCHS and the Arnot will be celebrating the anniversary with an eight-month joint exhibit on the history of the arts in Chemung County which will open on January 12th here at CCHS as well as a series of monthly art programs. 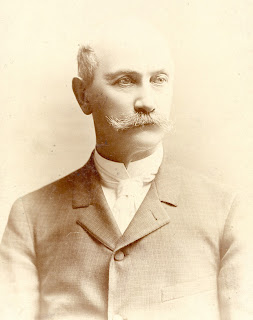 The story of the Arnot Art Museum starts with Matthias H. Arnot, the youngest son of wealthy area businessman and banker John Arnot.  Matthias went on to become a rather prosperous businessman in his own right as well as an avid art collector.  Upon his death in 1910, he willed his home, his art collection and his fortune to establish a museum to encourage the study and appreciation of art in Elmira.

The house at 235 Lake Street had been built by his father John Arnot sometime in the 1840s as the Arnot family home and needed a lot of renovations before it would be suitable as a museum.  While they chose to keep the facade the same, the entire inside of the building was completely gutted to form gallery, office and storage spaces.  The museum finally opened for business on May 17, 1913 as the Arnot Art Gallery (the name changed later).  Within the first month nearly one-fifth of the city had visited with a total 27,000 visitors in the first year.

Matthias Arnot’s personal art collection formed (and still forms) the backbone of the collection, but he established additional funds to purchase new art to enhance the collections and keep them relevant to changing tastes and trends.  He also established funds to help to teach art appreciation.  Within the first year, the Gallery was already working with schools to arrange field trips and other educational programming.  Today, educational program in museums is by and large considered essential, but at the time it was practically revolutionary.  The Arnot Art Museum continues to have educational programming today, including the Chemung River School in which it partners with us. 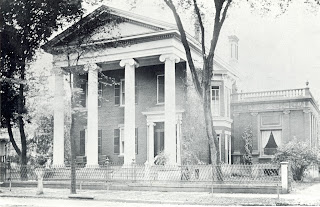