Festivus: A Celebration (For the Rest of Us) through Artifacts

December 23rd is Festivus, the satirical holiday popularized by Seinfeld in the late 1990s.  A reaction against the commercialization of Christmas, Festivus was an annual tradition of the family of show writer Dan O’Keefe before it got the TV treatment.  Festivus celebrations feature an unadorned Festivus pole, the Airing of Grievances, and Feats of Strength.

Now, how does Festivus relate to the history of Chemung County?  Well, truthfully it doesn’t really.  However, since Festivus has become such a cultural phenomenon (for example, I’ve never celebrated it yet somehow I have learned all of its traditions through cultural osmosis), I thought that it would be fun to use it as a lens through which to highlight some objects in our collection.  No, they aren’t Festivus objects, but we can still have some fun looking at them in the spirit of the day.

Let’s start with the Festivus pole.  The centerpiece of any Festivus celebration, this is typically an unadorned aluminum pole.  Here is a flag pole from our collection.  Now, this is wood and the eagle at the top and the tassel would make it a little overdressed for a traditional Festivus pole, but we’ll go with it anyway.

Next, we’ll move on to the Airing of Grievances.  In this tradition, one tells others all of the ways that they have been a disappointment during the year.  To illustrate the Airing of Grievances, I present to you samples from a newspaper column written by Robert Quillen in the 1920s and 1930s.  In these articles, Quillen discusses all of the problems that he sees with modern society, from immoral ways to a lack of “proper” education.  He also wrote a series of open letters to his “flapper” daughter that I will explore in a future blog post.  Below are two examples of Quillen’s work, colorfully titled, “Woe to the Man Who Has Only a Fork When the Soup is Served” and “If You Flavor the Ice Cream with Garlic, Why Blame the Freezer?” 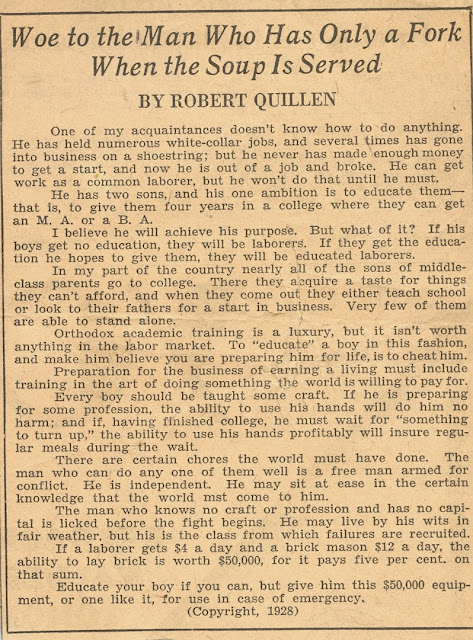 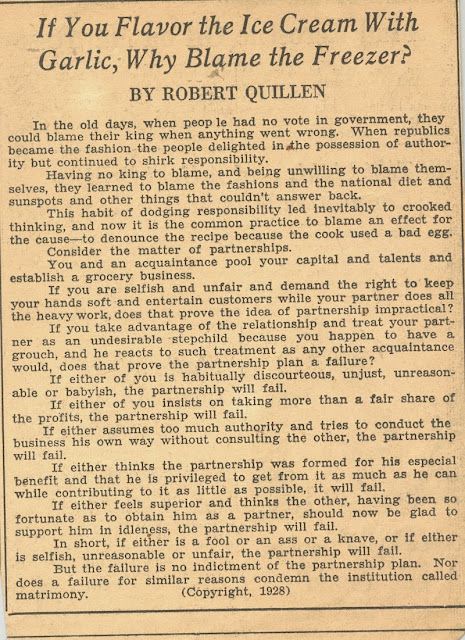 Finally, the main event: Feats of Strength.  In a Festivus celebration, after dinner the guests wrestle or otherwise vie for physical dominance against their host.  I’ve selected a couple of items that showcase various types of strength.

Cyclone Williams was a local African-American boxer.  His wonderful letterhead features him in his boxing attire and bills him as “Elmira’s Sensational Battler.” 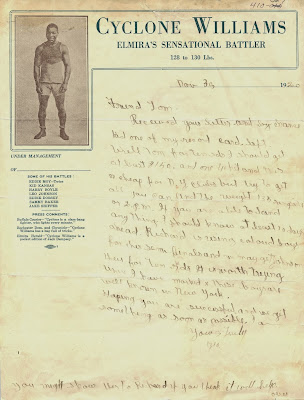 This is an image from an early Chemung County fair.  An acrobat performs his impressive stunts as a crowd of dapper spectators look on.  Notice the acrobat hanging from the bar with one arm- a feat of strength indeed, especially as there is no safety net below. 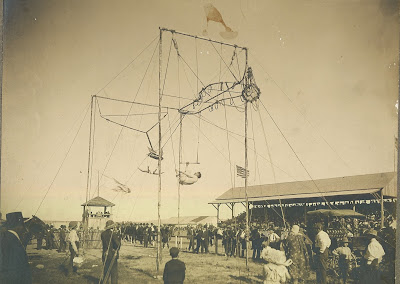 Posted by Chemung County Historical Society at 12:00 AM