The Human Ostrich Scandal and Other Tales of Travelling Curiosities

People's fascination with "freak shows" has a long and international history.  The first exhibits of people with abnormal abilities or with medical conditions dates to as early as 16th century Europe.  However, it wasn't until the 19th century, due largely to the proliferation of railroad lines, that people were able to bring these entertainments to a larger audience.  Chemung County was visited by many of these "oddities" and these entertainments raise many issues of spectacle, exploitation, and what defines "entertainment."

I will begin by discussing the curious case of the titular "Human Ostrich Scandal."  In the late 19th century, there was a subset of travelling performers known as "human ostriches."  They earned that name not because of the size of their necks, but because of their ability to eat all sorts of non-food materials, like metal or glass (ostriches are known to eat pebbles and other random items to help them digest their food).  One of the most famous human ostriches was Samuel, or Harry, Harrison, a native of Syracuse, NY.  Harrison traveled all over the country with various shows peddling his abnormal trade.  He routinely ate nails, knives, glass, fish hooks, and other dangerous items.  Harrison also claimed to be able to eat 10 grains of any poison and be able to survive.  He visited medical colleges and for a fee of $250 allowed any surgeon to cut him open to examine his innards, an offer which he was taken up on many times.

This human ostrich was also a ladies man (because who doesn't love a man who makes a living swallowing carpet tacks and horseshoe nails...).  In 1899, Harrison the Human Ostrich came to Elmira.  He had previously done a show in Corning, during which a young girl fell in love with him and followed him to Elmira (where he subsequently ditched her).  During his stint at the Chemung County Fair, Harrison attracted the attention of Hattie Miller, a 17 year old farm girl from Pine City.  After watching Harrison's show, Miller found herself drawn to the human ostrich due largely to concern over his safety.  They were inseparable in the hours after the show and they decided that Miller would run away with him.  The pair was eventually tracked down in Oneonta, NY, where Miller's concerned father rushed to retrieve her. 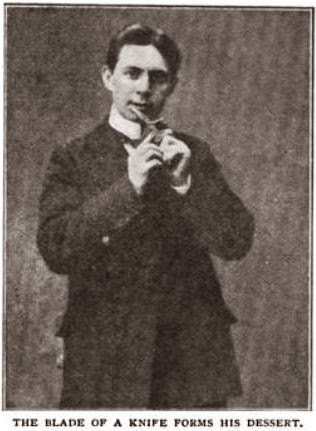 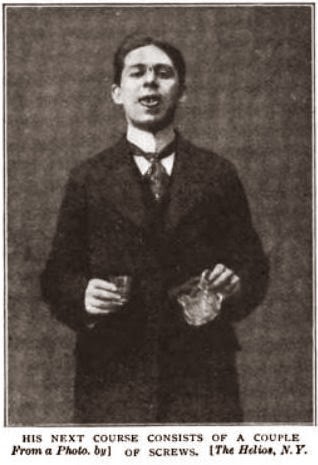 The human ostrich scandal provides some humorous insight into one type of sideshow freak.  Harrison was someone who, through his own agency, chose to capitalize on his "skills."  However, other sideshow attractions would be better classified as exploitation.  Many of these people had physical deformities or medical conditions, like John Merrick, the Elephant Man.  Millie and Christine McCoy, better known by their stage name, "The Carolina Twins," were conjoined twins who had been born into slavery in 1851.  As infants they were sold to a showman who exhibited the twins as curiosities.  They were emancipated in 1863, but remained active on the show circuits.  At some point, the Carolina Twins came to Chemung County.  As evidenced by this picture, they were a popular attraction.

Other sideshow curiosities were people from countries or tribes around the world.  People from Africa, South America, or Southeast Asia were often displayed at fairs, museums, or other locations.  These local pictures show a woman in ethnic clothing and the sign in the background identifies her as "Persian."  The fact that the entire audience visible in the picture is male also suggests something about undertones (or overtones) of sexuality which were often imbued in such shows. 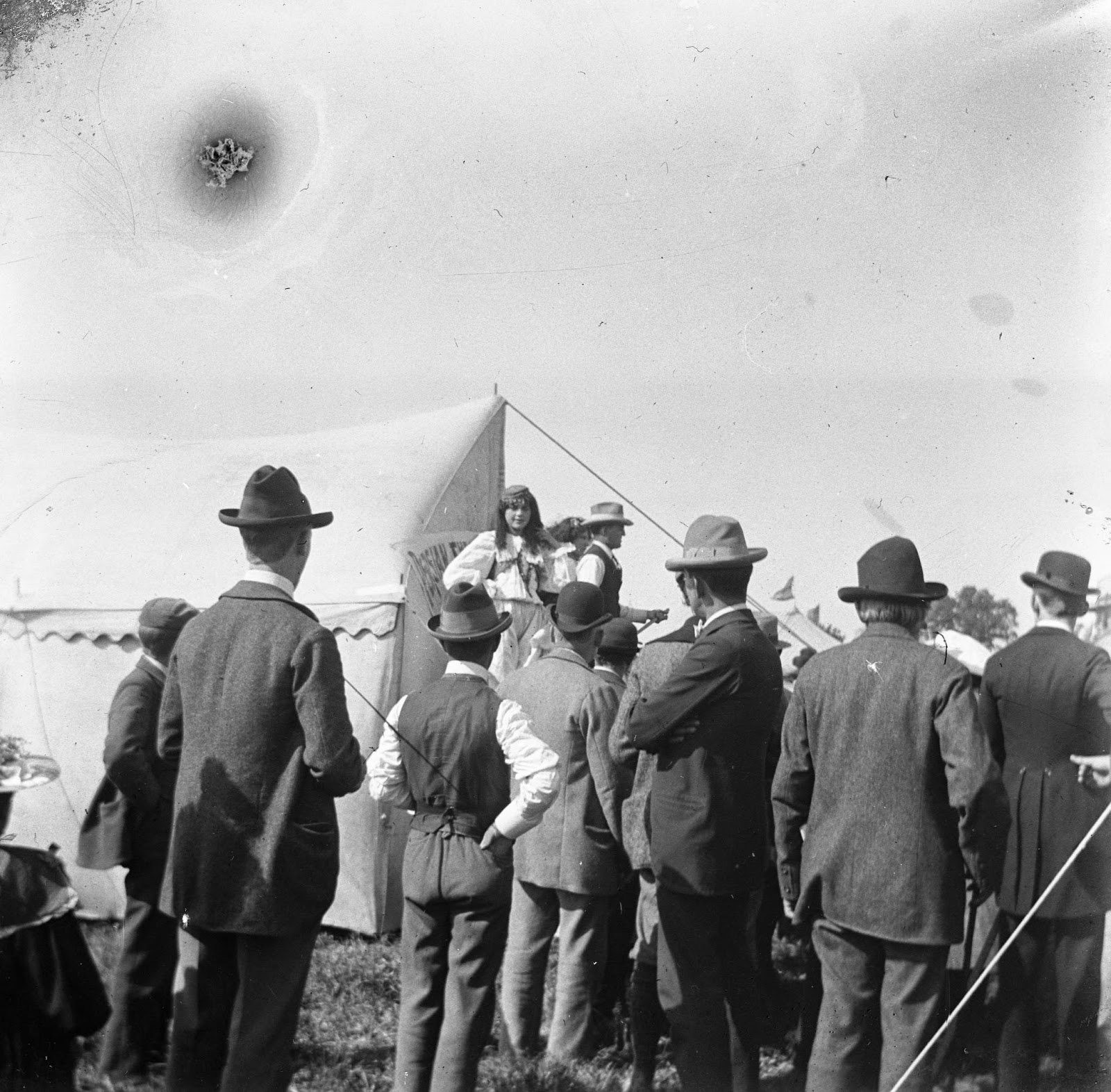 Posted by Chemung County Historical Society at 8:45 AM