Chemung County at the World's Fairs


I had initially planned for this post to just discuss Elmirans at the Centennial Exhibition in Philadelphia in 1876.  A lot of locals made contributions as presenters or architects and its a good story.  However, as I was researching, I realized how much great stuff we have from other World's Fairs as well.  So I thought, "Ok, so I guess I'll expand out to look at the Columbian and Pan-American exhibitions, too."  And then I found even more great items, so now this blog will cover seven World's Fairs and exhibitions up to New York in 1964 (read: this will have a ton of cool pictures!).
Centennial Exhibition, Philadelphia, May 10-November 10, 1876
The Centennial Exhibition was the first American-hosted World's Fair.  Planned to celebrate the United States' 100th birthday, the fair was a huge production featuring exhibitors from around the world.  Approximately 10 million people attended, or about 20% of the United States' population at that time.  Among those millions were quite a few Elmirans.  John Murdock represented Chemung County on the state Board of Centennial Managers.  Since the exhibition catalogs have been digitized, we can easily see who had a space at the fair to show off their wares.  Many of the city's premier manufacturers and inventors were represented including: Elmira Nobles' Company (carpenters and shipwrights tools); Palmer and Decker (Union back sole leather); Thomas Extract Co. (clarified extract of hemlock bark); S.W. Hall (fencing machine, machine made worm-fence, bracket and wire fences); Henry Clum (aellograph); Reid and Cooper (cooking stove, direct draft six-hole cooking stoves and ranges); Newcomb and Walker (shoes); and La France (rotary pumps and engine, rotary steam fire engine).
Elmiran architects Hayes and McIvor even designed the Tea and Coffee Press Extract Building, "a 100ft x 45ft, two story frame building composed of four observatories connected by verandas.  Located opposite the southeast corner of the agricultural building and devoted tot the exhibitions of the process of making coffee, tea, and other extracts by the means of pressure caused by the expansion of the materials used."


It is likely that Chemung County residents also attended the Centennial.  We have several souvenirs in our collections.


Columbian Exposition, Chicago, May-October 1893
The World's Columbian Exposition was planned to honor the 400th anniversary of Columbus' arrival in the New World.  The fair was held on 600 acres in Chicago and attracted over 27,000,000 visitors.  It was called the "White City" for all 0f the neoclassical buildings created to house displays from around the world.  Although I can find no records of Chemung Countians exhibiting anything at the exposition, we do know that some attended. 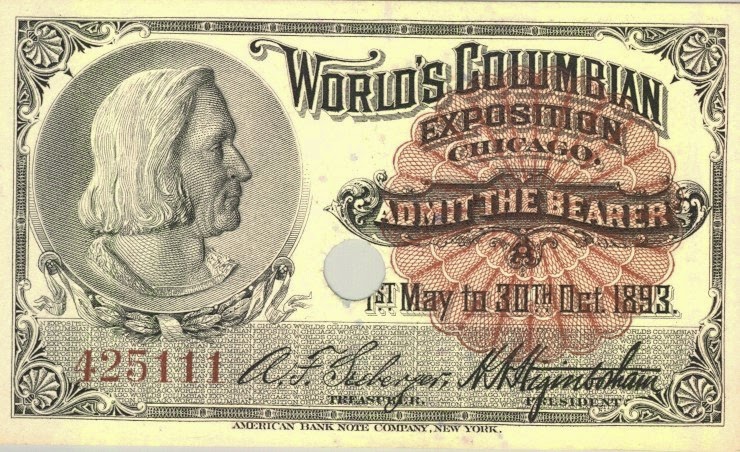 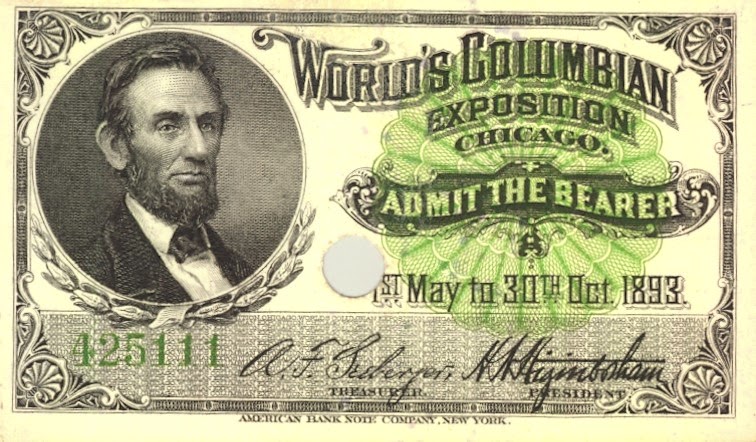 Chicago World's Fair, Chicago, 1933
In 1933, Chicago hosted another World's Fair.  The Century of Progress International Exposition honored Chicago's centennial.  The fair attracted over 48,000,000 people to Chicago to see the "Rainbow City" (unlike the White City of the Columbian Expo).  The main focus of the fair was science, so many new inventions were demonstrated at the fair.  The Lehigh Valley Railroad ran special fair promotions that would have helped Chemung County residents get to Chicago. 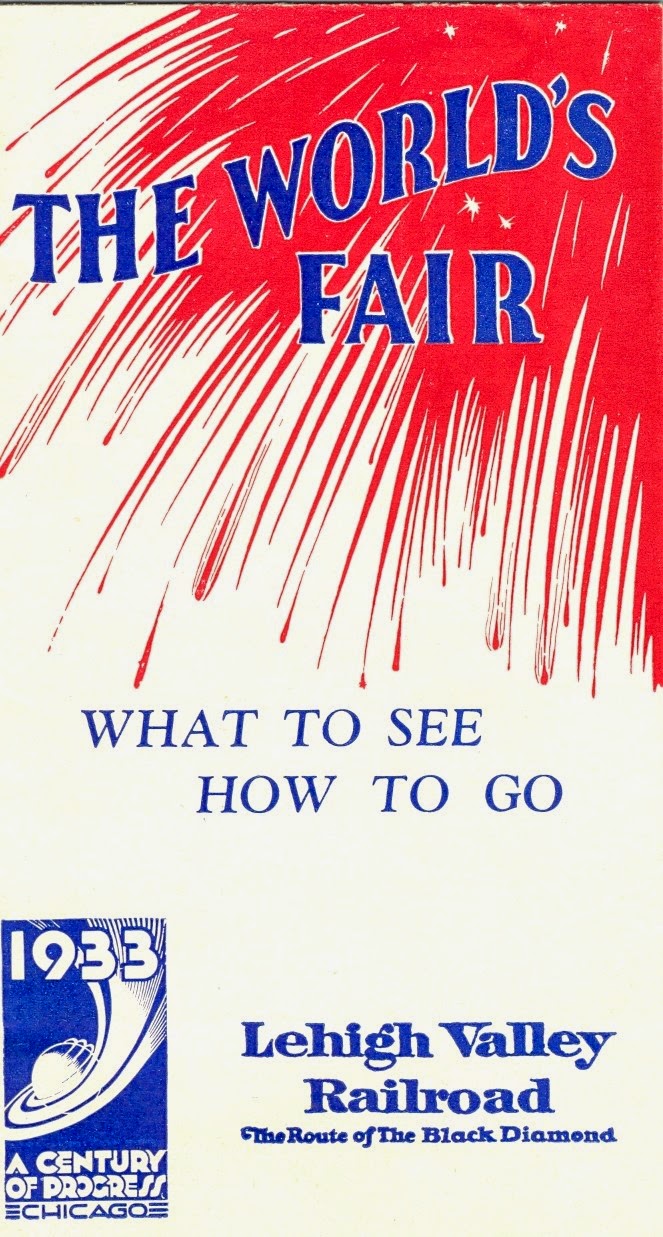 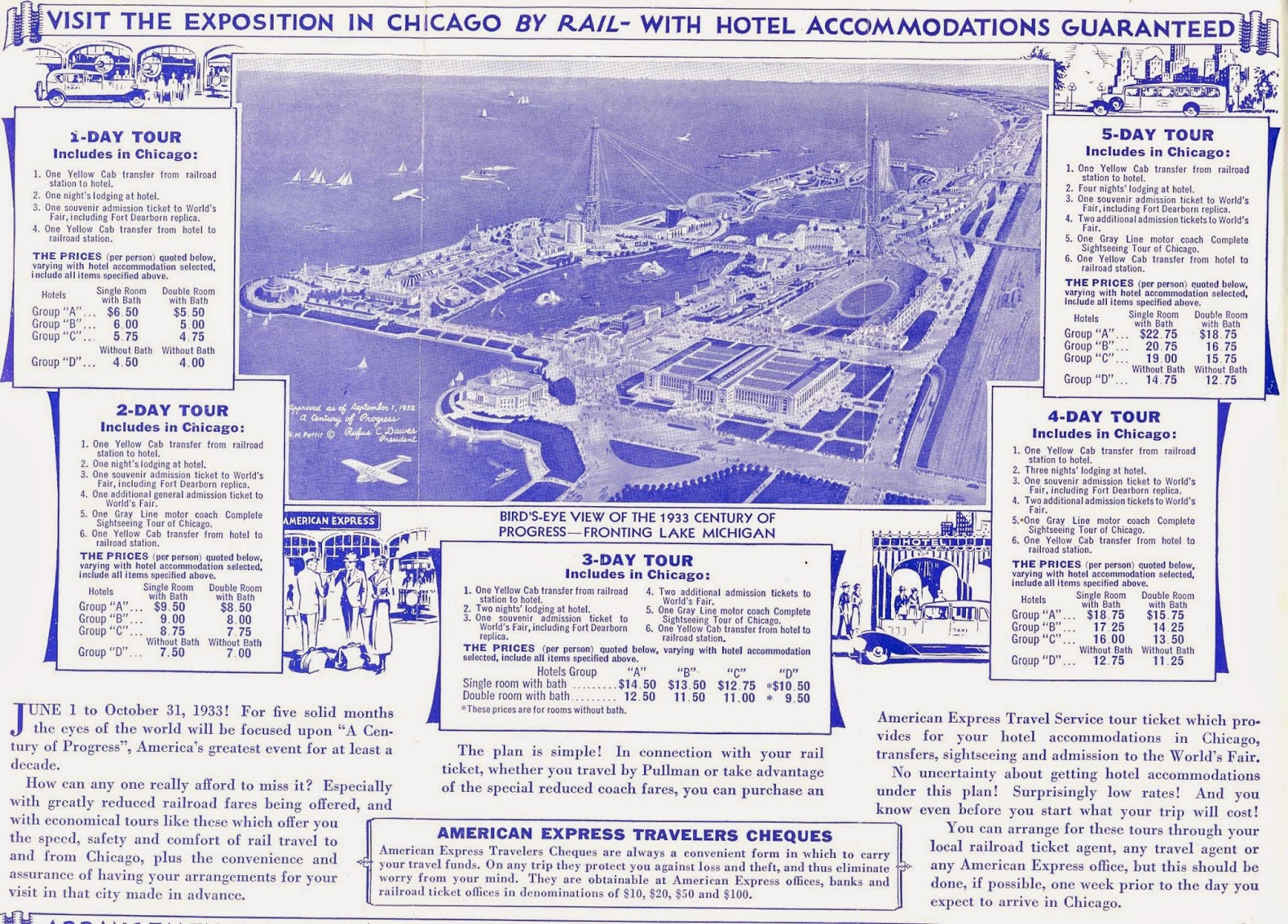 New York World's Fair, New York City, 1939-1940
The first New York World's Fair attracted over 51,000,000 visitors to over 1,200 acres in Flushing Meadows.  This fair was open for two seasons, from April-October in both 1939 and 1940.  Among the Elmirans who attended the fair was the Collins family, who posed for a picture now in our collection.

New York World's Fair, New York City, 1964-1965
Held again in Flushing Meadows, the second New York World's fair was held for two seasons in 1964 and 1965.  Over 51,000,000 people attended the 650 acre event.  This fair is remembered for its emphasis on mid-20th century scientific advancements, like early space exploration.  Did any of our readers attend this Fair and have memories to share? 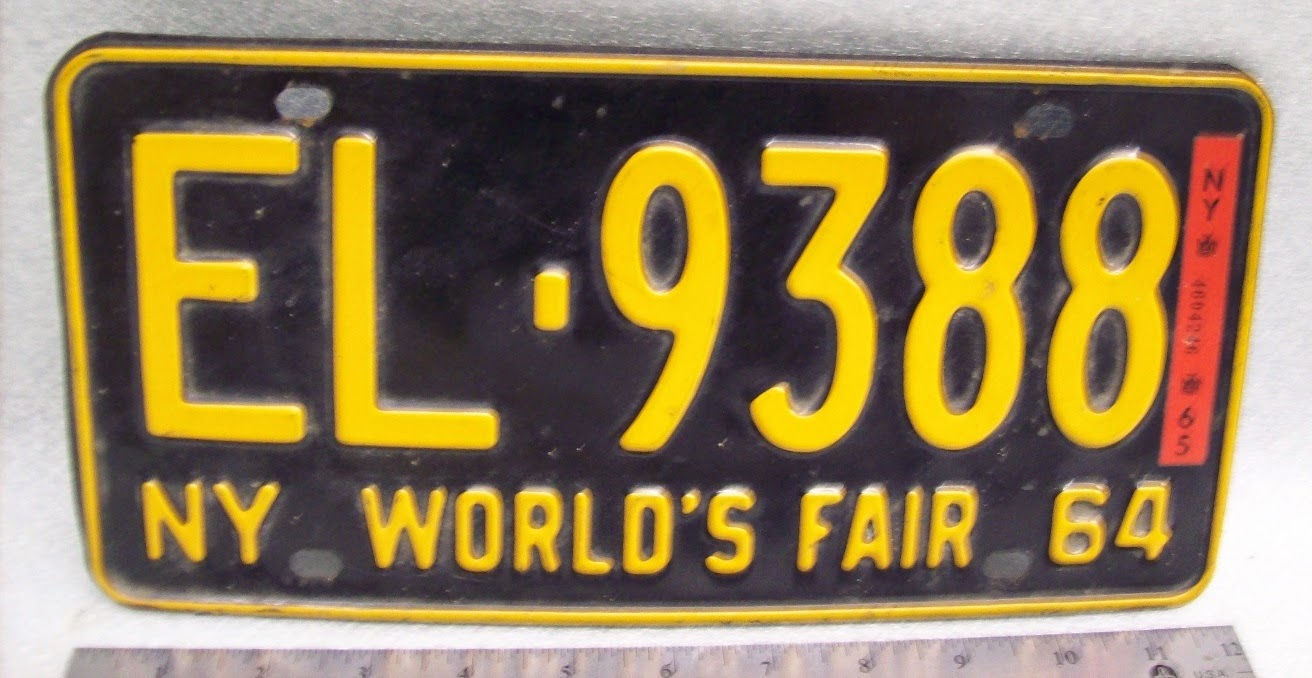 Posted by Chemung County Historical Society at 6:08 AM