More to the Story

We have a photograph in our Bank Gallery showing two young Elmira men. George Brooks is seated on the left, and his younger brother Edward is on the right. At the bottom of the photo is a handwritten note that both graduated in 1886. Our museum label says that Edward Ulysses Anderson Brooks, the younger brother, is considered the first African American to graduate from Cornell University. Impressive, but there’s more to his story.


In the late 1860s, the Brooks family left Washington D.C. Born into slavery, the Brooks parents were part of a new wave of hopeful black settlers relocating north to offer their children better lives. When they arrived in Elmira, the family consisted of four people: husband George, his wife Fanny, their daughter Nancy and son George F., the older brother seen in the photograph.

The family first lived in a boarding house on Dickinson Street, then moved to a house on Clinton Street where they continued to live for many years. Mrs. Brooks contributed to the family income by offering laundry services out of their home. Mr. Brooks, when he could find employment, worked in nearby factories, or for construction companies doing physical labor. In 1872, their second son Edward was born. The couple eventually had eight other children, but we only have evidence that George and Edward survived.

It’s hard to say exactly when the photo was taken. One clue is what Edward was wearing. In the early 1880s, boys commonly wore shorts like these until eight or nine years old. This suggests the handwritten note refers to Edward’s graduation from primary school, at nine. When Edward was fifteen, his father died. George Brooks, aged 54 years old, was buried in Woodlawn Cemetery in December 1887. Edward continued his schooling and graduated from Elmira Free Academy two years after his father died.

In 1890, he won a competitive scholarship to attend nearby Cornell University. With that, Edward became one of a handful of African American Cornellians, among an enrollment of over four hundred students. 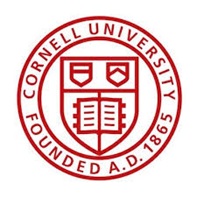 Cornell was founded in 1865 to offer students, regardless of religion or race, a coeducational, non-sectarian education. Unlike many universities, it meant Cornell would admit women and people of color. In practice, there were actually few women or students of color at that time. Records show it took eight years before the first woman graduated from Cornell, and five years after that for the first male black Cuban student to graduate. Edward is credited with being the University’s first African American graduate. This was an achievement he earned in just two years. Records identify five African American students attending or graduating from Cornell between the years 1889 and 1892. Who knows what their true college experience was like, they must have had more than Ithaca's steep hills to navigate. However in 1892, Edward completed his undergraduate studies and two years later earned his Master’s in law.

As a law student, Edward U.A. Brooks was one of Cornell’s early graduates. The law college had joined the university in 1887, twenty-two years after the university was founded. Edward was active on campus. He served as a judge for Cornell’s Moot Court to evaluate his fellow law students; was a member of Cornell’s cadet band; founded the Literary Union Club, a club to appeal to ‘young colored people’ in Ithaca; and was a member of the AME Zion church in town. He was an invited honorary member of Alpha Phi Alpha, a prestigious African American Fraternity which originated at Cornell. Today APA has chapters on campuses all around the nation and promotes African American leadership in a variety of fields.

After graduation, Edward returned to Elmira. He set up law practice on Lake Street and also filled in as substitute pastor for the AME Zion church’s Hope Chapel in Utica, NY. Established in 1848 as a place of worship and Sunday school for children, Hope Chapel was the only house of worship in the Utica area open to people of color.

By 1896, Edward's name and law practice aren’t listed in Elmira's City Directory anymore. His life seems to have taken another direction. He returned to Hope Chapel, appointed pastor, and ministered there for the next seven years. During this time, he also earned a theological degree from Auburn Theological Seminary, in Auburn, New York. He moved to Auburn in 1911 to be the AME Zion church's pastor. In this capacity, he was also director of the Harriet Tubman Home for the Aged, an institution Harriet Tubman had set up to care for aging and indigent colored people. When Harriet Tubman was ninety years old, she became a resident herself. Reverend Brooks wrote to Booker T. Washington looking to raise the $10.00 it cost per week to provide care for ‘Auntie Harriet” in her final days.

Sometime before 1918, Edward married and took on leadership of the AME Zion church in Saratoga Springs. In 1921 he and a Mrs. Reverend E.U.A. Brooks are listed as charter members of the Saratoga Springs NAACP chapter. By 1923 they returned to Hope Chapel in Utica. He stayed and ministered there for another twenty three years, retiring at the age of seventy-five.

His legacy includes his financial skills which saved the struggling Hope Chapel, and his advocacy for better housing, especially for African Americans. These were times when many were often barred from renting or owning their own homes. He stepped up to provide food, housing and clothes for folks arriving from the south, who often landed in Utica without adequate winter clothing. And, he officiated at over half-a-dozen mixed marriages, then illegal in twenty nine other states.

Reverend Edward U.A. Brooks died in 1954 at the age of eighty two, and was buried in Utica.

Our photograph shows a very serious looking young man of nine. Uncovering part of his story tells us so much more about his life, and is one reason why we are collecting our area’s Oral Histories.

Posted by Chemung County Historical Society at 6:26 AM