The Luck of the Irish

Currently events around the world are being reevaluated as preventative measures against spreading this year's coronavirus. Cities like Boston and Chicago have canceled popular St. Patrick's Day activities to avoid drawing crowds. Locally officials have canceled the thirteenth annual Horseheads St. Patrick's Day parade, and postponed the gathering attempt to break last year's record for the largest human shamrock.

St. Patrick's Day has been celebrated since the beginning of the 17th century and odds are it will be widely celebrated again. Various traditions and customs associated with the holiday have fairly recent roots. Contributing to this, today more people claiming Irish ancestry live outside of Ireland than the  Irish population living within its borders. Here in Chemung County the 2010 census reported 9% or just under 8,000 people who claimed Irish ancestry.

The United States has always attracted people from around the world, looking for a chance to make a new life for themselves and their families. Here in the 1700s, at least three early white settlers were Irish. They arrived as soldiers accompanying Irish American General John Sullivan on his 1779 military campaign to wipe out the Native populations. Impressed with the fertile valley, Abijah Ward and brothers John and William Fitzsimmons returned to the area to settle and farm.

For many immigrants, including the Irish, it wasn't easy to assimilate into American life. As a group, the Irish were viewed with suspicion set apart by their accents, funny religious practices and culture. Being Irish in America during the 1800s really wasn't so lucky.

It wasn't particularly lucky for the Irish back in Ireland either. Ireland was in the midst of successive years of  potato blight, a time known as the Potato Famine. Conditions were so bad that Ireland's population decreased by one-fourth. Many died, and others fled the country. 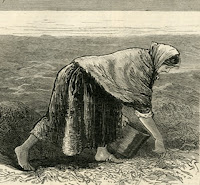 In 1848 gold was discovered in California. The Gold Rush lured 75,000 people west, including many Irish newly arrived in the United States. Estimates of mining camp populations put the Irish workers at 10 - 20%. The phrase 'Luck of the Irish' comes from this time. It was used sarcastically to describe random luck that didn't require any skills. 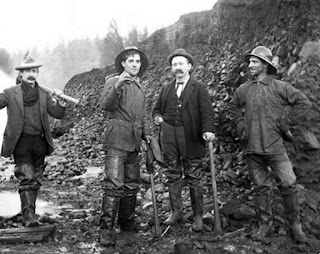 That luck began to change towards the end of the century when the sheer number of Irish Americans grew. Once shunned, now their sizable and growing population offered an influential political voting block called "The Green Machine." Politicians courted the Irish American vote, and curried favor by appointing many to public offices.

Today people continue to celebrate their Irish ancestry, and St. Patrick's Day is the most widely celebrated national holiday around the world.

In Ireland, March 17th is observed as a national holiday with citizens getting the day off. Once a purely religious holiday, observations have taken a more secular turn. Many traditions we associate with the holiday started here in the United States.

The first St. Patrick's Day parade took place, not in Ireland but in New York City in 1762. It was organized by homesick Irish soldiers fighting for the British. Together soldiers marched and sang through the streets as a sign of comradery. 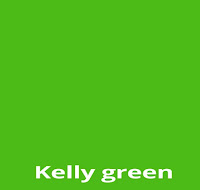 The color green, called "Irish Green" in Ireland, is called "Kelly Green" here. Kelly was first used in 1917 as slang to refer to anyone Irish or Irish American. The closest authentic Irish surname is O'Callagah. 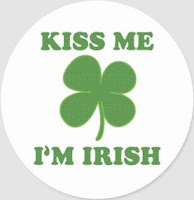 Kiss me I'm Irish comes from the good luck one is supposed to gain when he/she kisses the legendary Blarney Stone at Blarney Castle in Cork, Ireland. Elsewhere it's become good luck and a good excuse to kiss anyone of Irish ancestry.

Things like Green Beer, Lucky Charms, and Sexy Leprechauns all fall into the category of questionable origins. They are a nod to the change that has happened over the years. Now it's desirable to be Irish, even if it's just for a day.

Posted by Chemung County Historical Society at 6:42 AM