As an educator, I can tell you we have now entered what may be a teacher’s most dreaded time of the year: cold and flu season.  This is the time when classrooms begin to feel like petri dishes in an infectious disease laboratory as students sneeze and cough and otherwise swap germs back and forth.  In other words, it gets gross.  So in honor of this time of year, I will use this blog post to showcase some of the finest old-school cold remedies.  Here is a selection of late 19th and early 20th century patent and eclectic (herbal-based) medicines and advertisements from our collections.  I bet these concoctions will make you grateful for what we have now. 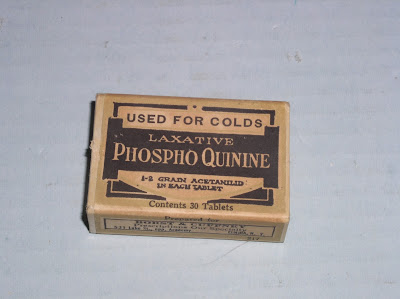 Yes, you read that correctly.  This is laxative cold medicine.  Taking this would seemingly cause more problems than you started out with and you certainly would not want to get coughing too hard after downing one of these. 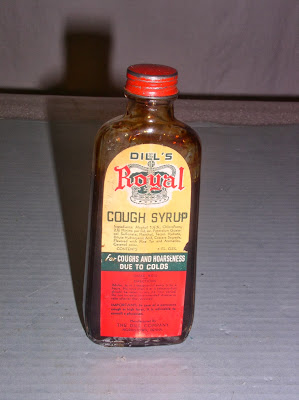 Made by the Dill Medicine Company of Norristown, PA in the early 1900s.  After alcohol, the second ingredient listed is chloroform… yes that chloroform.  I suppose that would help you forget about your “coughs and hoarseness.” 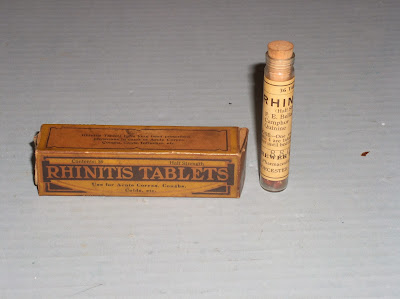 These pills contain belladonna, camphor, and quinine.  The National Institute of Health considers belladonna to be unsafe and potentially fatal as it blocks nervous system functions.  While camphor is still found in topical medicines, like Vicks, it is now regarded as unsafe to take orally.  You’d be best off with the quinine, but even that can have some nasty side effects.
Tongaline 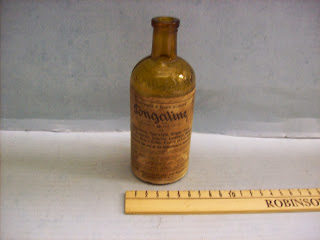 Not just a cold medicine, “Tongaline” promised to cure all of the following: “Rheumatism, Neuralgia, Grippe, Gout, Nervous Headache, Sciatica, Lumbago, Malaria, Tonsilitis, Heavy colds, Excess of Uric Acid, and whatever the use of the Salicylates is indicated.”  Lofty promises, indeed!  The main ingredient was “liquid Tonga,” which I can find no reference to tell me what that is or what it is from.  Sounds snake-oily to me.  It also contained Cimicifuga racemosa, or Black Cohosh, which is now used for herbal menopause treatments (although its safety and efficacy are debated). 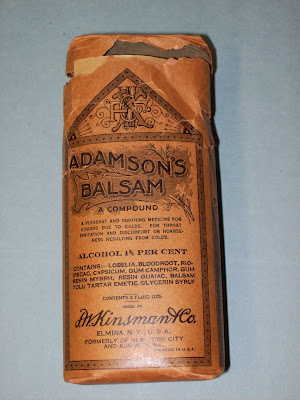 This is a self-described “pleasant and soothing medicine for coughs due to colds.”  It contained Lobelia, a plant with a long history of use for respiratory ailments that was also known as “puke weed” because of its ability to induce vomiting.  This was produced by Elmira’s own Dr. Kinsman, an eclectic medicine practitioner and member of the Southern Tier Eclectic Medical Society in the 1890s.
Glyco-Heroin

This cold medicine contains exactly what its name indicates: heroin.  The glycerin and other additives took away some of the heroin’s bitter taste.  Ah, the good old days when you could leave your doors unlocked and there were still heavy narcotics in over-the-counter medicines.  Actually, drugs like heroin, cocaine, opium, and codeine were incredibly popular active ingredients in many medicines before the FDA and prohibition groups began to think that it might be a bit of a problem in the early 1900s. 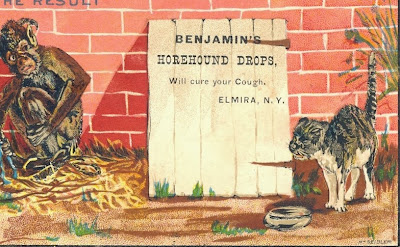 After our trip through all of these old medicines that may or may not have been incredibly dangerous, take comfort in the fact that not all of the eclectic medicines were ineffective or deadly.  Take these horehound drops for example.  Horehound is an herb that contains oils believed to soothe sore throats.  Unlike the other medicines listed here, you can still buy horehound drops today.
Posted by Chemung County Historical Society at 7:01 AM