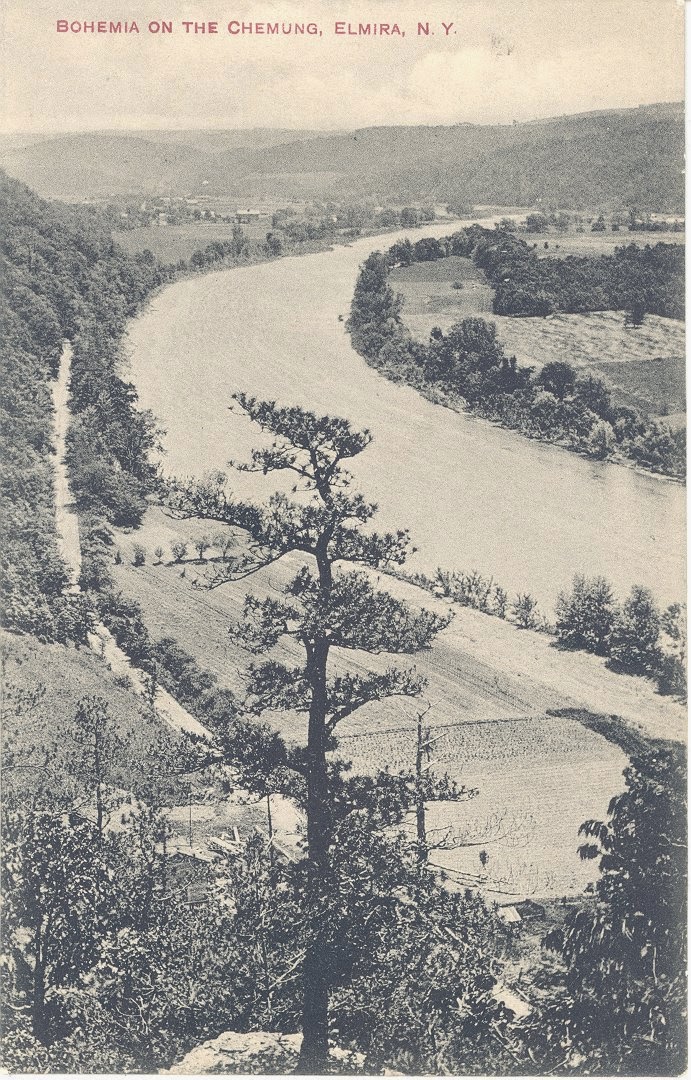 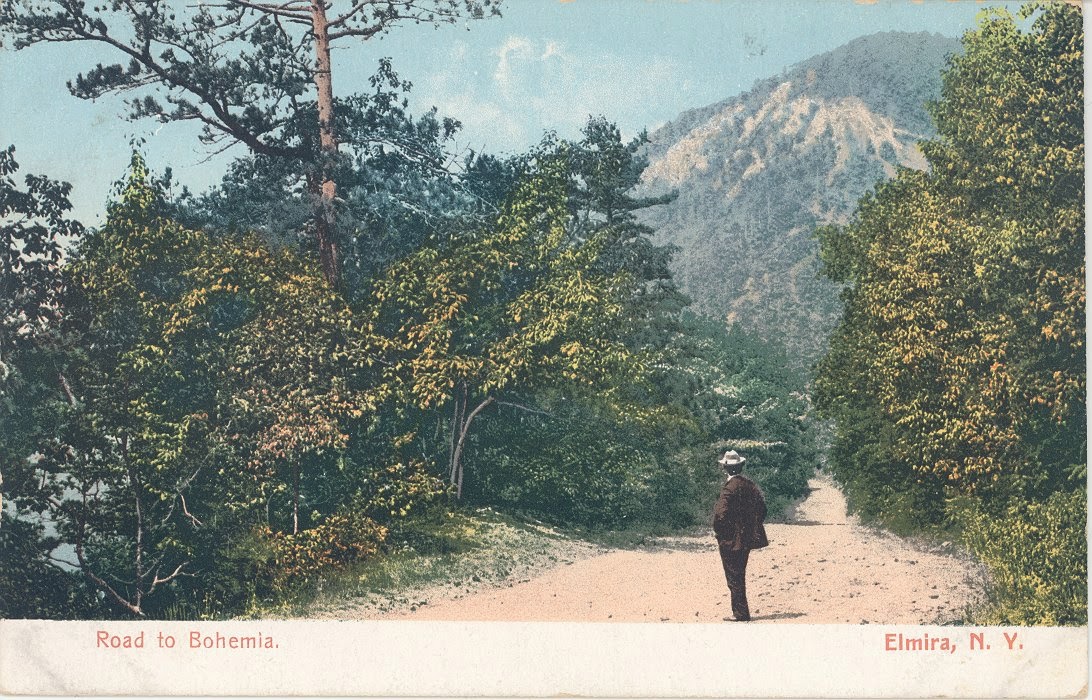 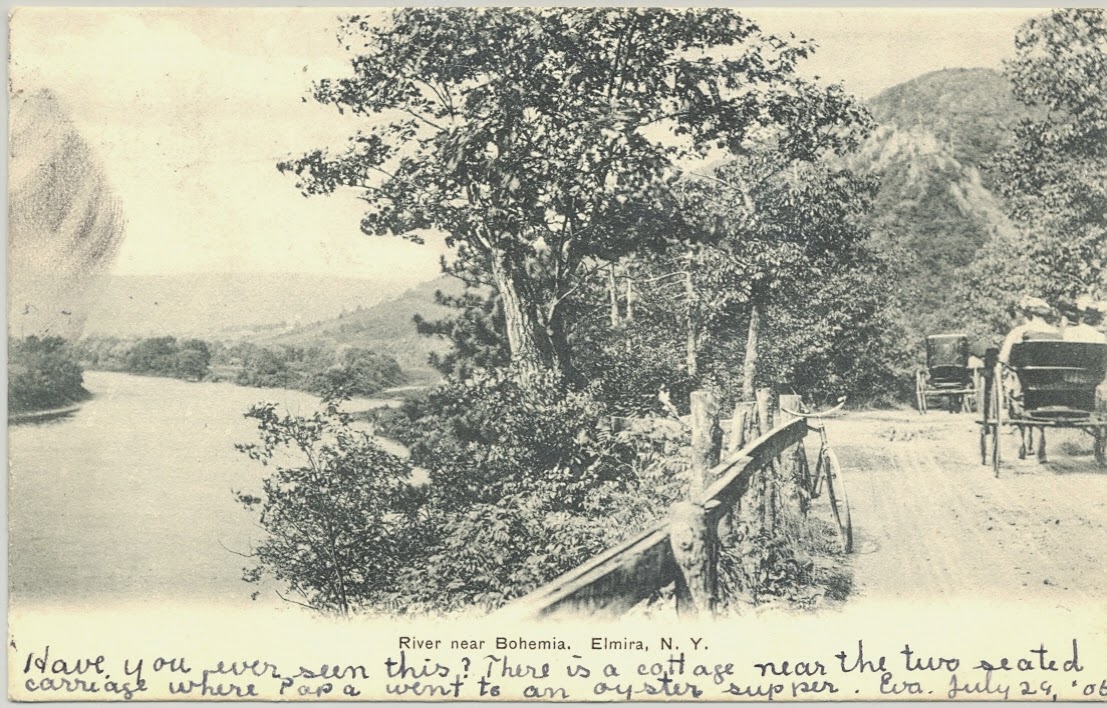 One of the men in the boat that did not capsize that day in 1898 was Claude Eldridge Toles, an occasional visitor to Bohemia.  Toles was an artist born in Elmira in 1875.  His earliest job was as a clerk at Harris’s dry goods store but he had a passion for drawing.  He was friends with Horseheads resident and cartoonist for Judge, Eugene “Zim” Zimmerman, who also served as a sort of mentor.  Zim is thought to have helped Toles get his job as a cartoonist at the Elmira Telegram.  Toles created article headers, illustrations for stories and political cartoons while there.  He also sold cartoons to the Philadelphia Press, the New York Herald, the New York Journal and the Texas Sandwich, a comic periodical.  Toles’ life was cut short in 1901 when he died at the age of 25.
I never knew when I started looking into Bohemia that I would “discover” another Elmira artist.  I found two wonderful sites online with information about his life and works that I just have to pass along:
Stripper’sGuide - News of Yore: The Life and Times of C.E. Toles
and
ARemarkable Collection: C. E. Toles (1875-1901), by charleywag on wordpress
Posted by Chemung County Historical Society at 6:08 AM