The two exhibits in the newly-renovated Bank Gallery – In the Valley of the Big Horn: A History of Chemung County and Mark Twain’s Elmira – are now open to the public!  For more information on the renovation process, click here. 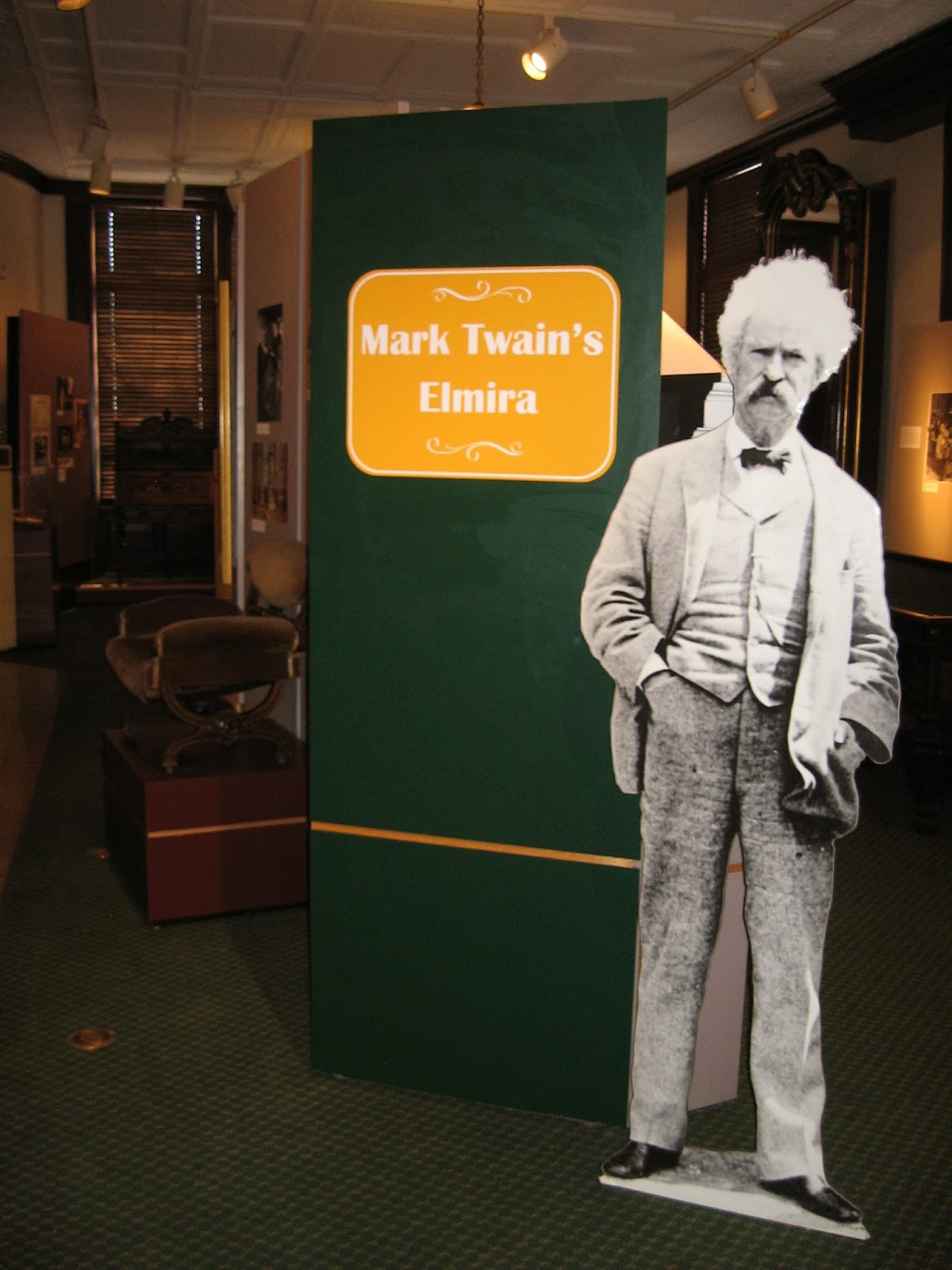 Over the last several months I have been immersed in history as we created these new exhibits.  One would think that spending nearly every hour at work researching history and looking at historic images and selecting historic objects would give me all the history I needed, but it didn’t.  In my spare time I decided that I wanted to make a dress for the members only exhibit opening that took place last Thursday night (February 27).

Here at the museum we have a nice collection of dress patterns from the 1920s through the 1980s.  The first time I saw them I wanted to make a dress from one of those patterns.  I like to think that I have some skill as a seamstress and I am very fortunate that the donor of many patterns just happened to be my size.  The renovation of our gallery and the subsequent opening gave me just the excuse I needed for this historic sewing experiment.

I chose one of our oldest pattern, copyright 1923.  I carefully unfolded the pattern pieces and traced them onto tissue paper so I would have my own working pieces that could be trimmed and pinned and whatnot.  The funny thing about Butterick patterns in 1923 is that they do not have any lines or markings on them.  In 1863 Ebenezer Butterick’s company was the first to produce sewing patterns for home sewers.  The patterns were made of tissue paper, much as they are today.  In 1919 McCall Pattern Company started printing information right on pattern pieces but obviously Butterick did not follow suit until later.
Fortunately, the instructions were very helpful in describing the step-by-step process of making the frock.  There were several sections that were somewhat vague, though.  For example, for the side closure the instructions read “cut a lap of fabric.”  On a modern pattern that “lap” would be its own separate tissue pattern piece.  I suppose that women at the time may have been more experienced sewers in general than we are today so they somehow understood how to make the lap without a pattern piece.  When it came to attaching the belt to the dress, though, the instructions were and still are a mystery to me.  I ended up just improvising and it seemed to all work out well.

Posted by Chemung County Historical Society at 5:44 AM