In 1851, teenage Chemung County resident Milton Partridge lamented in his journal about the elephants in a traveling show he had just seen. His complaint?  They had advertised 10 elephants and there were actually only 7 at the show.
By the mid-19th century, elephants held a strange place in American culture.  They were exotic yet familiar, dangerous yet a source of family entertainment.  In an era before television or the Internet, people's knowledge of elephants could come from only a few sources: word of mouth, information from books or other written materials, or first hand experience.  Elephants, with their size, lack of a similar species on the American continents (not counting the long extinct mammoths and mastodons), and ability to learn novel tricks, were a great source of curiosity for many Americans. 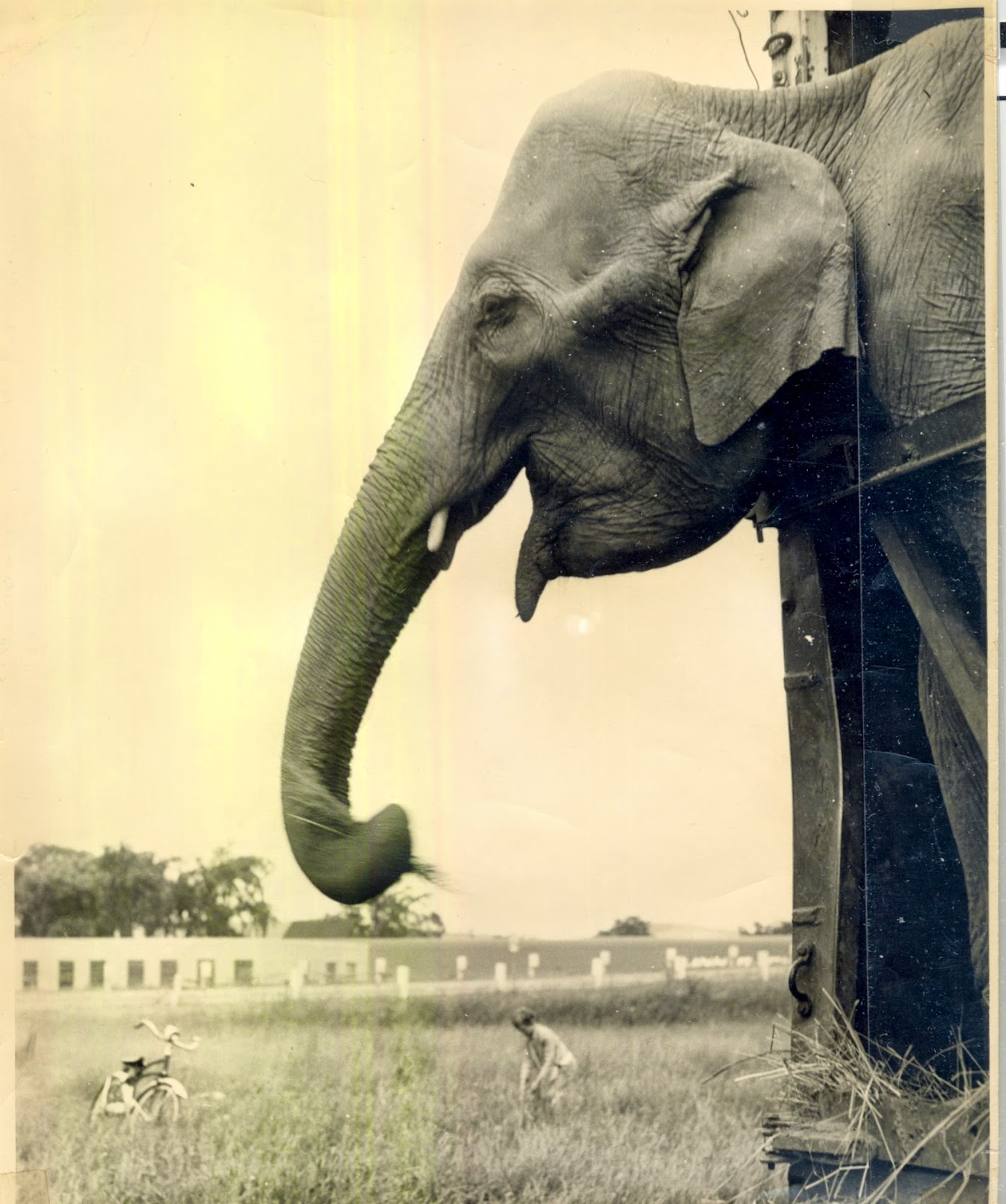 The enterprising businessmen who created and ran traveling shows fed this curiosity.  While elephants were first exhibited in America in the 1700s, their popularity and availability exploded in the 19th century.  When circuses came to a town, it was not uncommon for them to hold a parade down the main street as a form of free advertising for their shows.  Elephants were a big part (pun intended) of these parades.  Due to the rapid expansion of railroads, one show could bring dozens of elephants to a city.  Elephants frequently came to Elmira as a part of shows and marched down Water Street. 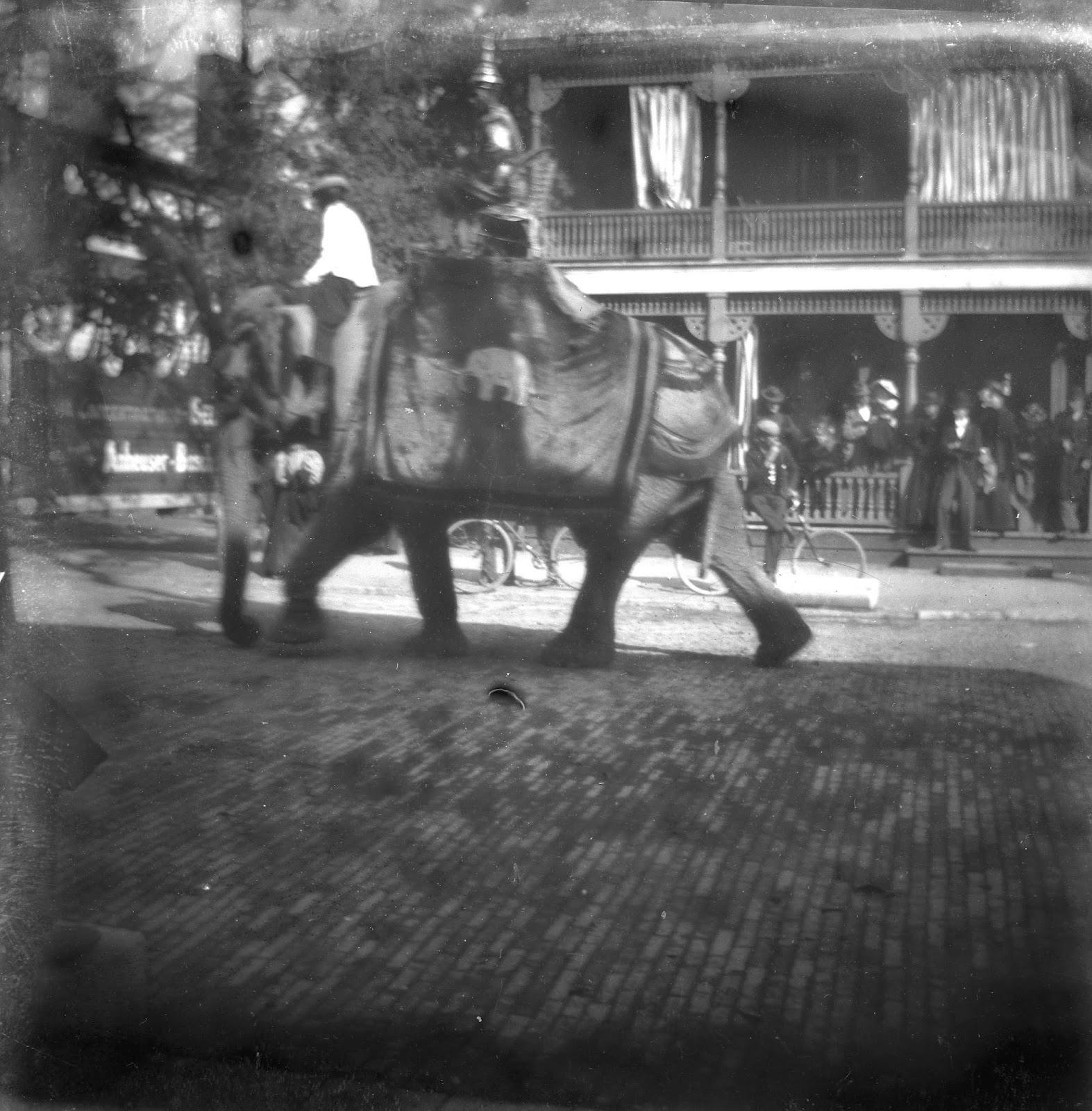 While elephants brought much joy and excitement to the places they visited, the traveling show circuit was a brutal place for elephants.  As with any wild animal, captivity and being forced to perform breeds many problems (see my blog about the Eldridge Park bear pit for another example).  Imagine the conditions for elephants forced to travel long distances in rail cars, only to be chained, loaded and unloaded in various cities and then put on display in front of large, loud crowds.  For these incredibly intelligent and social animals, this could understandably be unbearable.
Some elephants were also subjected to more grotesque forms of treatment (or mistreatment).  Jumbo, an elephant captured in Africa as a baby and purchased by P.T. Barnum, was hit and killed by a train in 1885.  Elephants were sometimes executed for killing people.  Topsy was electrocuted (at the suggestion of Thomas Edison) in 1903 for killing her trainer after she suffered years of abuse.  This spectacle was filmed.  The film still exists.  It is incredibly disturbing. 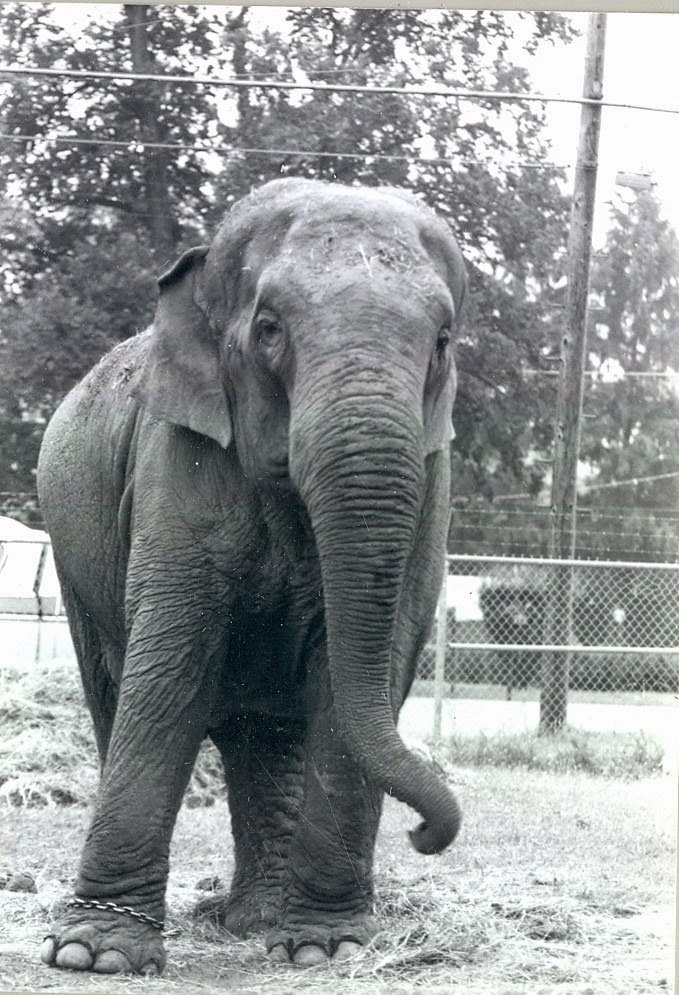 I'm not saying that the elephants who passed through Chemung County had as violent an existence and end as Topsy, Jumbo, or the many others like them, but it is important to recognize the inhumane treatment, past and even still in the present, suffered by animals in the name of entertainment.  Elephants were a great sight to see as they paraded through the streets and took up residency at fairgrounds, but this spectacle did come at a cost. 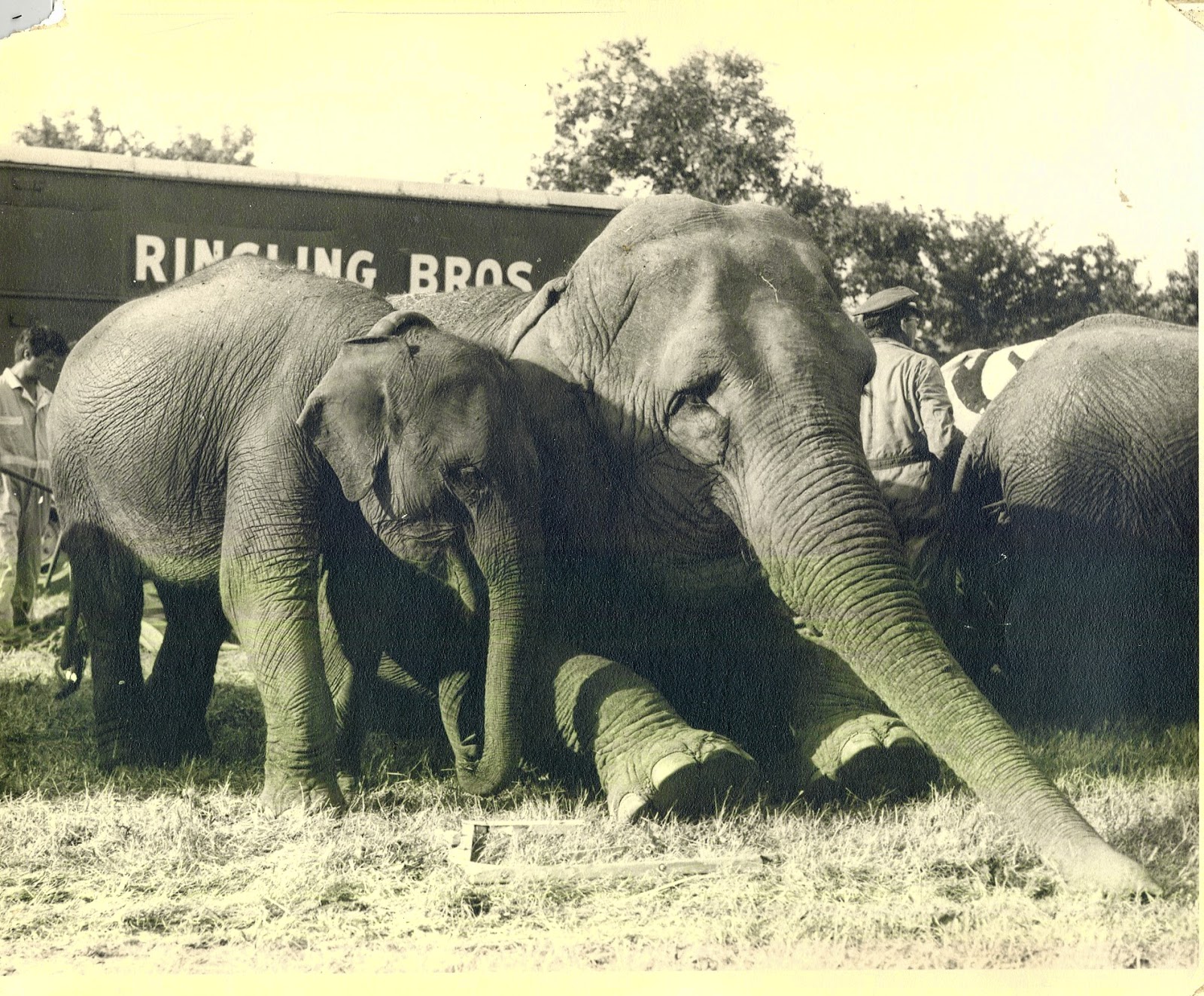 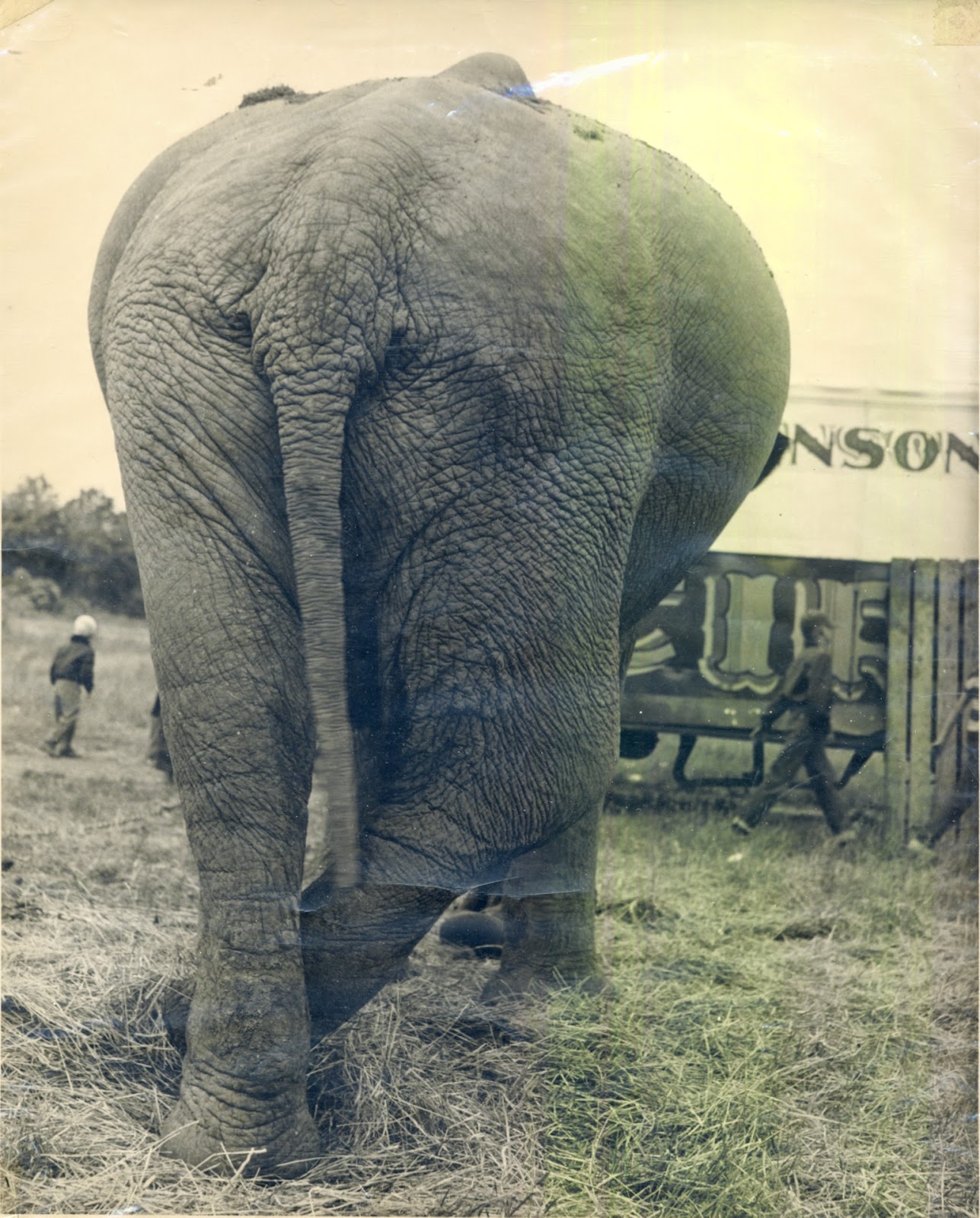 Posted by Chemung County Historical Society at 6:58 AM