Dogs of War: The Canine Veterans of World War II


Animals have long been used by militaries around the world.  Horses and other pack animals help move artillery, soldiers, or other supplies.  Cats are particularly useful on ships to control rat populations.  Pigeons were used to send messages.  Dogs have been used in warfare since ancient times, however, the United States did not have an official war dog program until World War II.  Since we are just coming off of our "Dogapalooza" celebration of contemporary and historical dogs, and since it is almost Veterans Day, I thought that exploring the history of the military dogs and their local connections in this blog post was fitting.

After the Japanese attack on Pearl Harbor on December 7, 1941, a group of Americans, including poodle breeder Alene Erlanger and Arthur Kilbon of the New York Sun, created the Dogs for Defense program.  The goal of the program was to procure and train dogs for military use.  Dogs for Defense asked Americans to volunteer their own pets to the military.  They placed advertisements in newspapers and the program was promoted as another way that Americans could support the war effort.  Only certain breeds or mixes were accepted and dogs needed to be under that age of 5.  Americans sent the government at least 40,000 pets, and 10,000 dogs were ultimately selected for training.

Training was an arduous process.  Dogs learned to attack, detect bombs and other weapons, deliver messages, and most importantly, to not be spooked by gun fire and other loud noises.  At least two Chemung County men worked as dog trainers.  Archie Kieffer worked as an Army dog trainer on Long Island before joining the Army Air Corps.  Elmiran Homer J. Finley, Jr. worked as a dog trainer for the Marines (see another picture of Finley and a canine trainee here from the American Kennel Club).


Dogs served in many capacities during the war.  Some were trained to find enemy combatants, bombs, or trip wires, and alert soldiers to their whereabouts.  Others were messengers, and others still were cadaver dogs trained to find dead or injured soldiers.  All of this work was dangerous and many dogs were injured or killed.  This short 1943 War Department Film Bulletin shows the dogs' training and variety of roles (and is well worth watching).


Not all dogs in the war were these professionally-trained canines.   Likely most war dogs were strays or dogs otherwise adopted by troops.  CCHS' collection of materials from Helen Booth Sprecher, a member of the Women's Army Auxiliary Corp, features pictures of several dogs.  There are several shots of a puppy named Tappy, who was listed as the company dog. 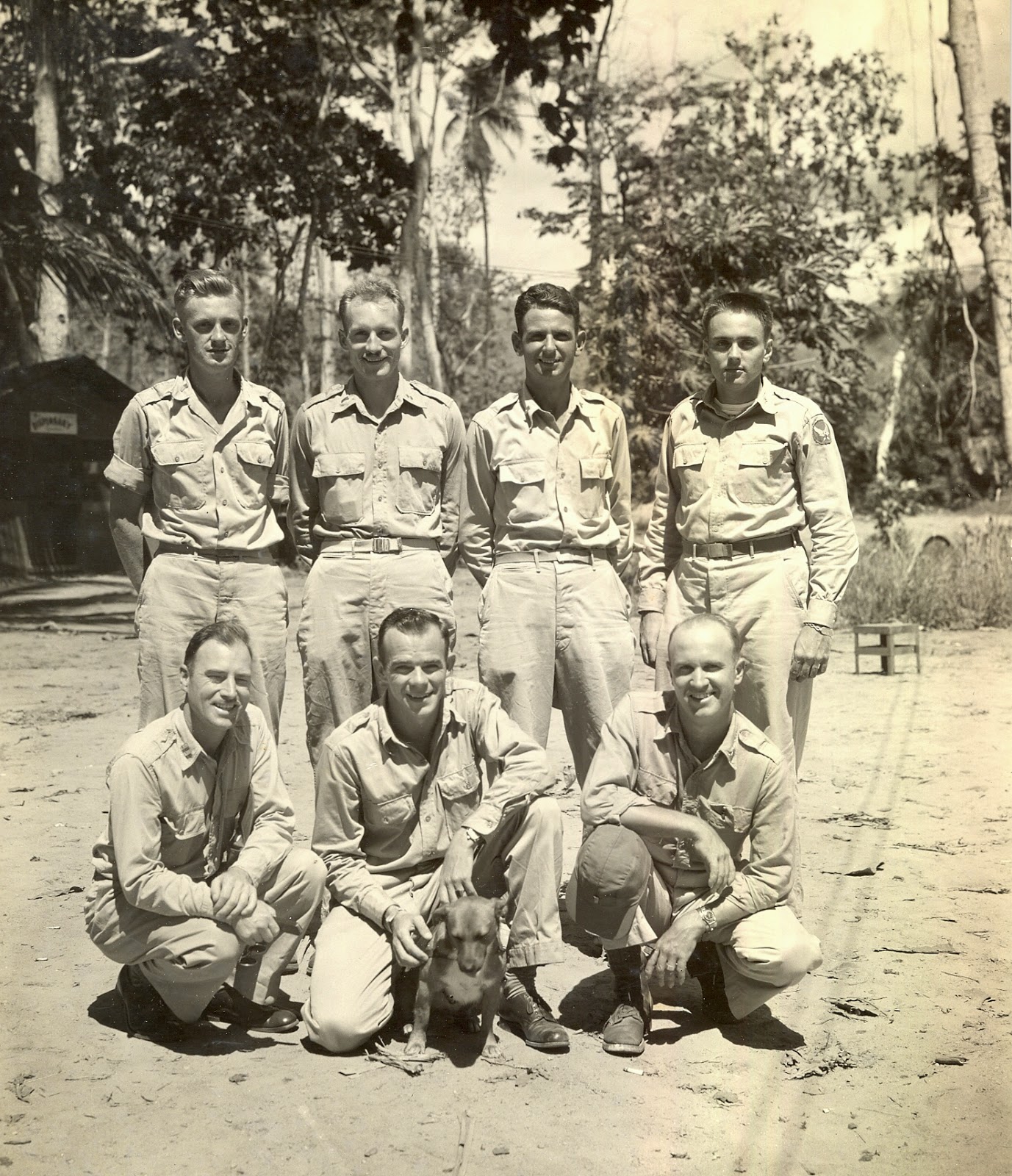 When the war was over, not all surviving dogs returned to a hero's welcome.  Even though the government promised that the Dogs For Defense dogs would be returned to their owners, military officials thought that the dogs would be too dangerous to reenter civilian life and should be destroyed.  Some people, like William Putney (author of a memoir about his work training military dogs) disagreed, and successfully campaigned for the creation of a "deindoctrination" program for returning dogs.  Dogs were rehabilitated and returned home.


Some of these dogs came home to Elmira.  In 1946, Elmiran Roy Churcher placed notices in the Star-Gazette about his missing dog Rex, a former military dog.  Rex served in the Coast Guard Canine Corp for three years and was wounded in the chest during battle.  Churcher feared his dog had been stolen since the highly-trained canine was not known to wander from home.  Fortunately, the story had a happy ending and Rex was found unharmed and returned home.

Dogs continue to serve in the military today and many are able to return to the United States to retire and live with their handlers.  Americans are no longer asked to volunteer their pets for military service.  Still, the work and sacrifices of dog soldiers, both historical and contemporary, are often forgotten or overlooked.  There are war dog memorials throughout the country, some of them created only within the last ten years.
Posted by Chemung County Historical Society at 5:16 AM