Putting a Name to a Face

On March 9, 1919, the Elmira Jewish Welfare Board hosted a banquet at the Hebrew Social Center on High Street to honor Jewish veterans of World War I. There is a photograph of this event in the archival collection of Congregation Kol Ami. Along with the photograph, CKA has a hand-drawn key to the people in the photograph. While not everyone in the photo is identified, the key provides far more information than we sometimes see with historic images. Too often, photos are left unlabeled and those who remember the people and places within the photos pass away with that knowledge. 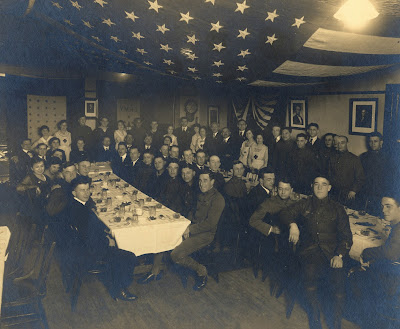 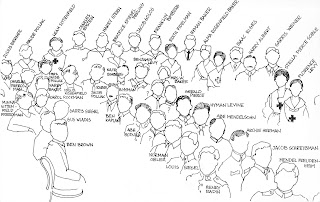 There were 104 Jewish soldiers and sailors from Elmira who served in the Great War, six of whom died in service. 35 veterans and their guests, as well as eight women who served in the American Red Cross Canteen Service attended the banquet. Seeing all the men and women gathered to celebrate the end of the war made me wonder if I could find some information about them. So, I turned to the city directories, our archives, and the internet to satisfy my curiosity. I was able to learn a little about the lives of some who attended the banquet nearly 100 years ago. 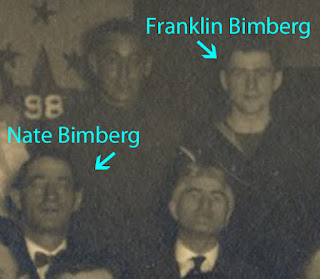 Nate Bimberg served as toastmaster of the event. His son Frank was one of the veterans being honored. Nate was a local businessman, having opened Joseph Bimberg & Son storage at 316 Hathaway Street in 1915. He also served as school commissioner for District No. 1 for 18 years. He was a strong advocate for creating an athletic field at the Elmira Free Academy in 1916.

Franklin Bimberg was 19 years old when he enlisted in the U.S. Navy in 1917 as a member of the medical corps. He had worked as office boy at the Star-Gazette before that. After receiving training in Norfolk, Virginia, he was sent overseas where he was stationed in the Mediterranean aboard the Surveyor, a U.S. Destroyer. The Surveyor is credited with capturing the German submarine that sank the Lusitania. Franklin served in the navy until 1921. He enlisted in the army medical corps in 1923, was honorably discharged in 1926, and reenlisted in 1928. 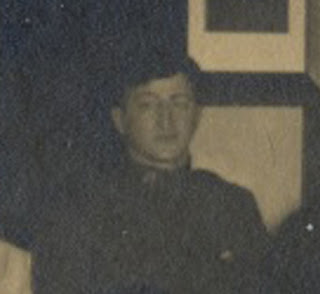 Another soldier present that evening was Charles Epstein. He was working as the manager of Jacob Epstein, Estate on East Water Street when the U.S. joined the war. He also volunteered as ward captain of Ward 2 District 3 for a Liberty Loan campaign and was involved in the sale of Liberty Bonds and Thrift Stamps. In August 1918, he was sent to San Antonio, Texas as an Army draftee for training. A month later, he wrote home saying that his time as a boy scout “surely helps a boy in the Army.”

The Siegel Brothers
Mr. and Mrs. David Siegel had three sons in the military in 1918. Louis and Garris, who were twins, and Sol. Their younger brother Barney was also contemplating joining up at that time, though I never found out if he actually did. The three brothers were all at the celebratory banquet in 1919, but Sol is not among those labeled in the photograph.

Just before the war, Garris worked as road representative for the works manager of the American-LaFrance Manufacturing Company. He enlisted in the U.S. Navy in 1918. Louis was a graduate of the University of Buffalo as a pharmacist. He worked at the Spillan Drug Store on Lake and Clinton Streets in Elmira before enlisting in the Naval Reserves. 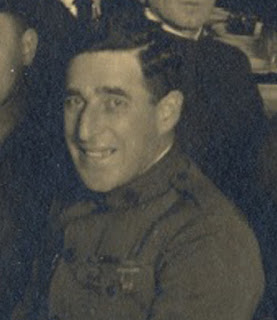 In 1917, Henry Radin was among the most eligible bachelors in the city. When the Mozart Theater presented a showing of “Nearly Married,” the management offered free box seats to dozens of men they thought would benefit from the show and Henry was on that list. The young man was also involved in theater himself. He was a “tenor extraordinaire” who performed at Young Men’s Hebrew Association (Y.M.H.A.) minstrel shows. In August 1918 he enlisted in the cavalry. 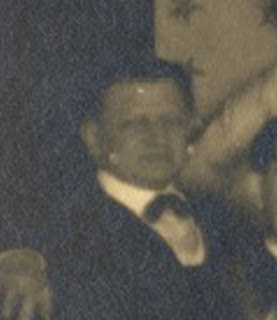 Julius Berger was a veteran, just not of World War I. He served in the U.S. army in the Philippines, New Mexico and Arizona years before the Great War. In 1915, he and Henry Radin opened Berger & Radin, a men’s clothing store, at 137 East Water Street. It was the only exclusive men’s hat and haberdashery store in Elmira offering “the nattiest, nobbiest and newest at sane prices.” He and Henry continued to operate the business for years after the war.


The soldiers and sailors at the banquet were not the only ones who had contributed to the war effort. The ladies of the American Red Cross helped out from home. They raised money for soldier’s families, sold war bonds, collected supplies like bandages and warm socks to send overseas, and operated the Elmira Canteen, located at the railroad station. The Canteen provided soldiers on passing troop trains with food, drink, and basic medical care. After the Red Cross volunteers served dinner at the celebratory banquet, those present offered their thanks to the “canteen girls.” 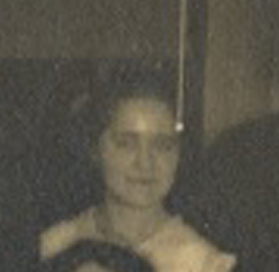 Edith Fidelman graduated as an honor student from Elmira Free Academy in 1916. Over the next few years, her name appeared frequently in the social column as she attended parties and traveled. In 1918, she joined the Red Cross and became involved in the Liberty Loan Committee of the Y.W.H.A. In 1919, she was appointed as an election inspector by the Republican party for the first district in the city’s fourth ward. 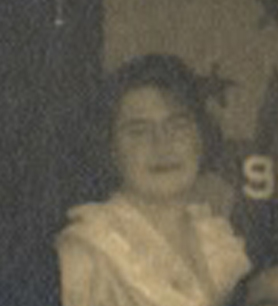 Beatrice Spiegel was a 1914 graduate of Elmira College. She went on to get her Master of Philosophy degree from Wisconsin University a year later. She became involved in the war effort in 1917 when she enrolled in the Red Cross. She also took the State Civil Service exam and was appointed as bookkeeper at the State Women’s Relief Corps Home. Just over a month after attending the Elmira Jewish Welfare Board banquet, she married Joseph Perling of New York City. She continued serving the community in Elmira through the Second World War.