While doing research for another blog post (the human ostrich scandal), I came across references in the newspapers to a husband and wife contortionist and "comic juggling" duo: De Hollis and Valora.  Naturally, I was intrigued.  When I started to research them, I was shocked that no one seems to remember them.  In the late 19th and early 20th century they were incredibly famous, not just here in Chemung County, but also internationally. 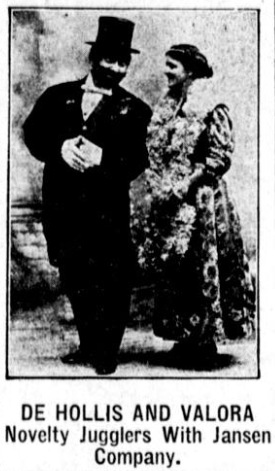 De Hollis and Valora were the stage names of William and Josephine Welsh of Elmira (De Hollis and Valora is also a perfect name for an indie folk duo.  I'm claiming it now).  De Hollis was born in 1867 at 706 Benjamin St., thus joining the delightfully eccentric Welsh family.  You would think that the kid who became a famous juggler and showman would be the standout in any family, but De Hollis' brothers were equally as uniquely accomplished.  This family truly warrants their own blog post (which I will work on), but for now, I'll give you the highlights: brother Joe Welsh became a famous Broadway tenor and brother Thomas was a barber and politician who in his youth was a renowned trick roller skater! 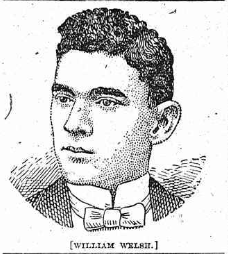 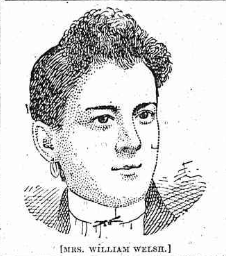 Valora's history has been a little trickier to track down.  I know she was born in 1870, her maiden name is Valiard, and that both of her parents were born in France.  Valora was born in New York, however.  When she died, her obituary said that she was survived by her mother, also named Josephine, three sisters, and a brother, most of whom lived in Portsmouth, Oregon.

The pair married in 1890 and soon after began their traveling act.  De Hollis had been performing solo for years before (In fact, he chose his stage name when he was traveling with Bob Hunting's show which already had two Welshs on staff).   De Hollis and Valora travelled with several vaudeville companies throughout the 1890s and early 1900s.  These shows brought them across the United States, to Europe, Asia, and Australia and New Zealand.  By the end of their careers, they had performed on at least five continents (I haven't found any mention of performances in Africa... or Antarctica)!
De Hollis and Valora's act brought them worldwide acclaim.  While performing in China, De Hollis was proposed to by a Chinese princess (De Hollis had to explain that he was already married and politely declined).
When at the peak of their popularity, they were rarely in Elmira.  The papers would print notices when they were due home so that their local friends and fans could see them.  When home, they frequently performed in Elmira, often at Eldridge Park.  See the map below for some of the cities around the world they visited:

Their acts were quite varied.  One act involved them balancing large umbrellas and another had De Hollis juggling canon balls and catching them on the back of his neck.  They also had tamed rabbits they used in their act, however, on one trip back to Elmira, the bunnies were killed by a neighbor's dog.  At a 1905 show in Alton, Illinois, De Hollis performed a trick where he caught an apple thrown from the balcony on a fork that he held between his teeth.  However, during the first couple of shows, the boys who worked at the theater and who were in charge of throwing the apple, thought that it was funny to take a bite out of the apple before throwing it.  De Hollis was not amused.  Before a later performance, he drilled holes in the apple and filled it with hot pepper.  When the boys took a bite from it, they had an unpleasant surprise.

When returning home from Australia in 1913, Valora fell ill.  I'm not sure what ailed her, though there were rumors in the press that she was injured in their act (though I'm not sure that this is true).  After returning home, Valora was not able to go back on the road with De Hollis, so he began performing alone.  In 1915, De Hollis was performing solo in Indianapolis when he received the telegram that his wife and partner had died in Elmira. 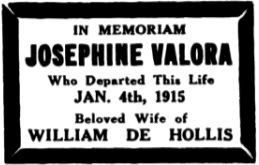 After Valora's death, De Hollis continued to perform.  He hired an assistant and went on to tour South America.  It was in Buenos Aires, Argentina that De Hollis died in 1919.  His body was shipped back to his family in Elmira and was buried in Woodlawn Cemetery.

Knowing that both of De Hollis and Valora were buried at Woodlawn and knowing what a remarkable lives they lived, I had to go find their stones.  I called the wonderful folks at the Woodlawn office and they helped me find their plot (which was no easy feat since they are in a plot under Thomas' name).  I drove to the cemetery and found the Welsh family plot.  There I found an amazing surprise.  Both De Hollis and Valora have their stage names engraved on their headstones. 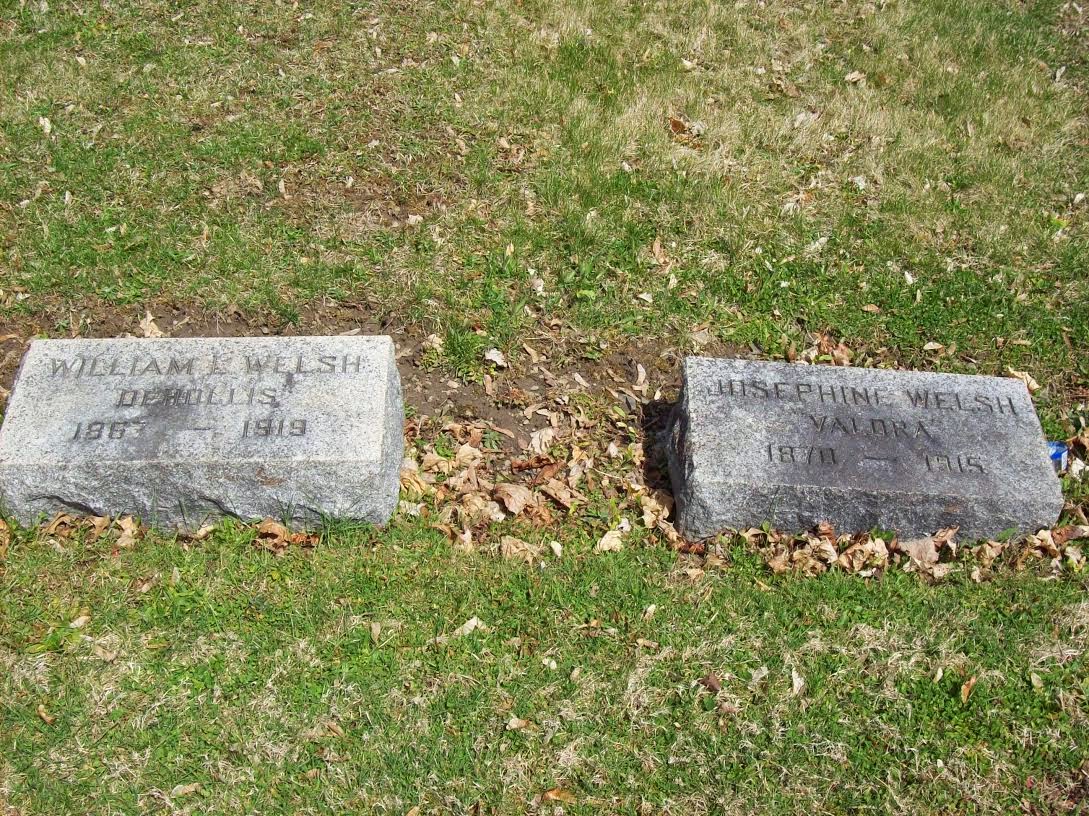 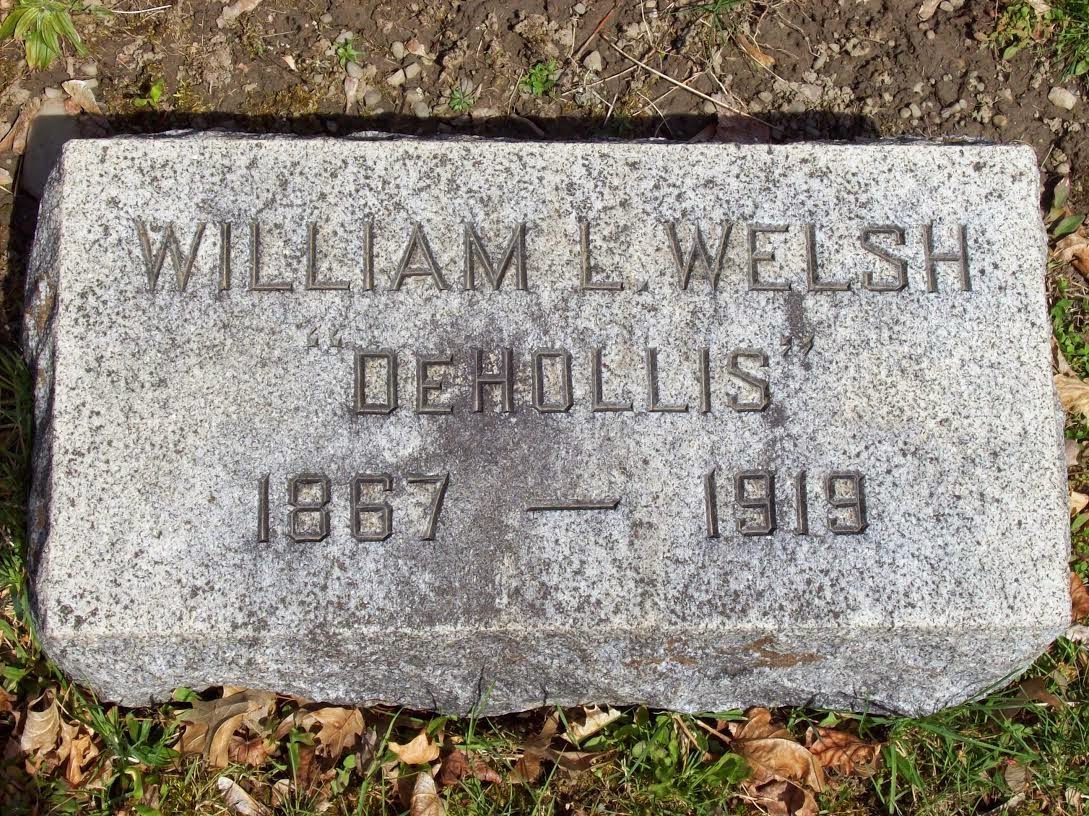 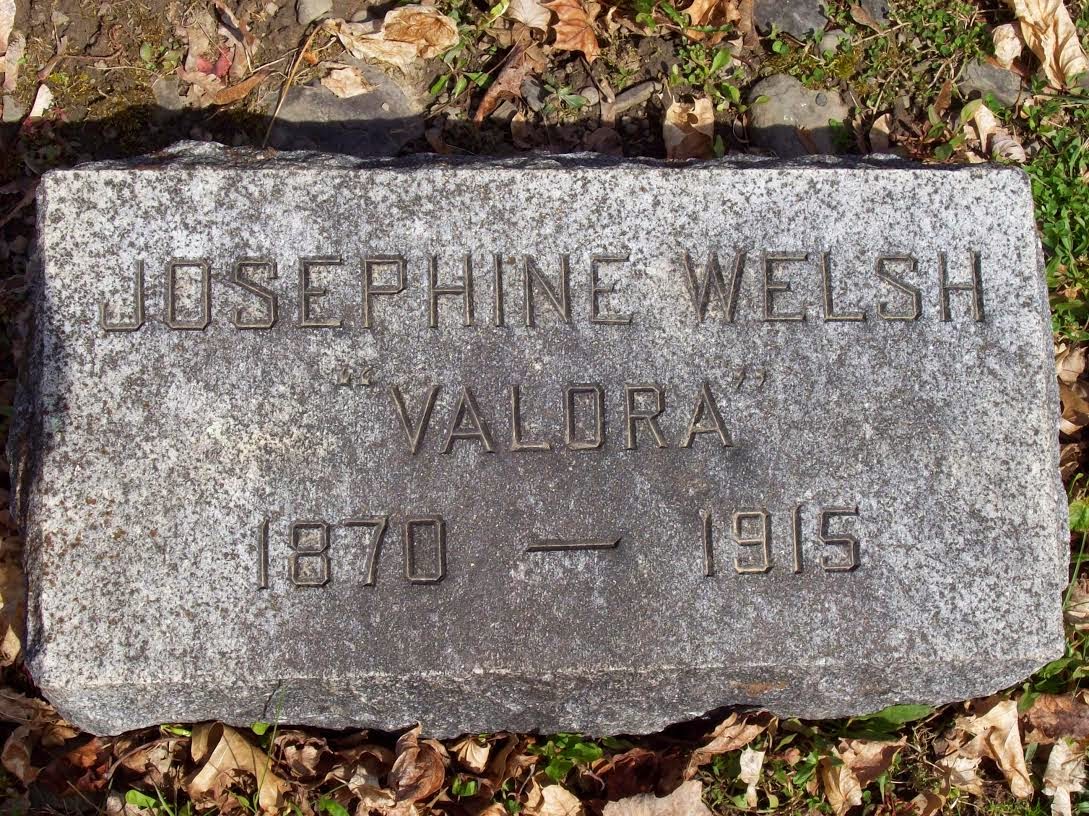 As a historian, there are just some historical stories or figures that resonate with you.  For me, De Hollis and Valora have become one of those.  Their travels would be impressive for someone today, much less someone doing it over 100 years ago by steam ship and train.  Their acts sounds like they would have been great, too.  And truly, the amount of personality that these two must have had is also fun.  To have your stage names put on your headstones? Awesome!  I'm just happy I can help bring the spotlight back to these two.  I think they would appreciate it.
Posted by Chemung County Historical Society at 6:00 AM