Helen Booth Sprecher was born in Spangler, Pennsylvania in 1913. She attended Slippery Rock State Teachers College (now Slippery Rock University) where she got her Bachelors of Science and then the University of Pittsburg where she got her Masters of Education. She pursued a career in teaching Physical Education. However, after America entered World War II, she was determined to help in any way she could.

In June 1942, Booth took the exam to enter the Officer Candidate School for the Women’s Army Auxiliary Corps (WAAC). In August, she was accepted and sent to Fort Des Moines where she would complete her training. At that time, her rank was Third Officer, the equivalent of a 2nd Lieutenant in the regular army. 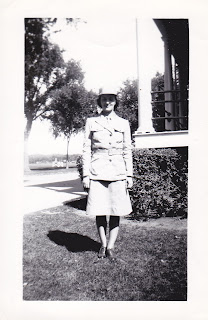 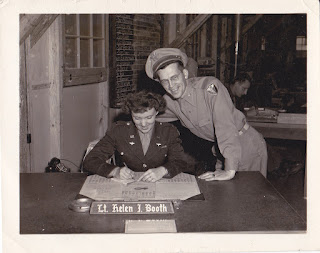 Booth would continue to rise in the ranks. While stationed in Santa Maria, California she would become 1st Lieutenant. Later, while stationed overseas in Australia, Booth’s commanding officers would request that she be given temporary rank as Captain, which would be granted and later given to her permanently.

Her time in the WAC would end in January of 1946, four months after then end of the war. She was award the American Campaign Medal, Asiatic-Pacific Campaign Medal, Philippine Liberation Ribbon, and the WAAC Service Medal. After the war ended, Booth taught Physical Education at one of the California naval bases where she would meet her future husband, James Sprecher. 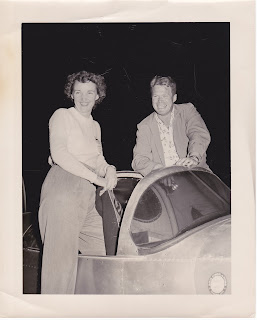 Together they moved to Elmira, New York so Booth could live closer to her family in Pennsylvania. She worked as a Physical Education teacher for the Elmira City School District. In 1950, she joined the Air Force Reserves. In 1996, at the age of 82, Booth died at her home in Elmira.

Posted by Chemung County Historical Society at 10:53 AM