Half a Century of Computing Technology

The coming exhibit, When Waters Recede: 50 Years Since the Flood of 1972, will remind visitors how much communications and computing technology has progressed in the past fifty years. When Hurricane Agnes struck Chemung County in 1972, the first commercially available handheld cellphone was still a decade away, and families waited months to hear from loved ones whose telephone lines were down. That year, the new PDP-8F “minicomputer” (which actually weighed 57 lbs.) could process information at a rate of only 0.667 megahertz – 5000 times slower than the computer I’m writing on today.

Technological advancements since then have certainly made monitoring and warning systems more effective, equipping people with accurate tools needed to predict danger and readily communicate emergency plans. Fifteen years after the flood, a system of electronic river level gauges and rain gauges fed data directly to the county’s Emergency Operation Centers through telephone lines and radio transmitters. The data was read by computers, which also received figures from surrounding counties and the National Weather Service. In 1987,
Civil Defense coordinator Gary Angus told the Star Gazette that the communication and computer equipment made it “easier for us to detect and forecast how storms will affect the county”. Flood Warning Service Operations Director Gregory Clark was pleased to announce data was the result of “real-time reporting. Meaning the information is current when called in,” adding that you can “never have enough information”.

Or can you? The computers of 1987 were still hundreds of times slower than they are today, with only a small fraction of the memory of a modern processor. The importance of real-time reporting and enough information storage was widely recognized and over time computer scientists engineered machines with the ability to store and analyze more information faster and more efficiently.

Computers bridging the years from 1972 to 2013 have been generously donated to our collection for the upcoming exhibit. Take a peek at what will be on display. Consider the computers’ specifications to compare their memory (measured as RAM, or short-term data storage in megabytes) and speed (measured as clock-speed, or number of processor cycles/second in megahertz). 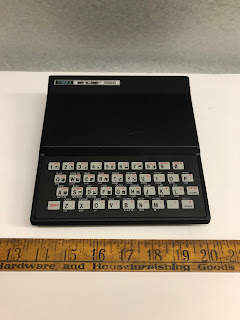 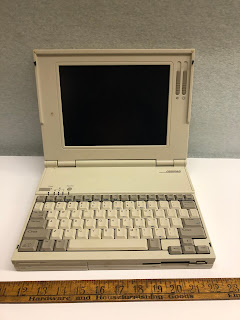 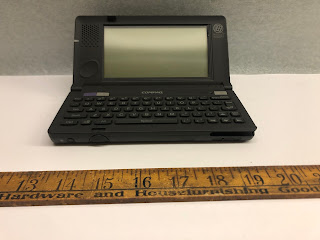 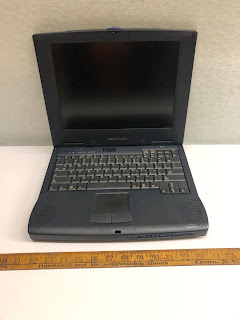 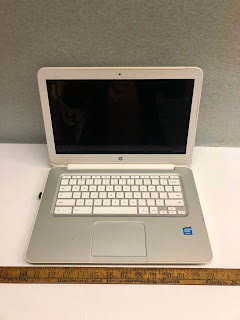 Posted by Chemung County Historical Society at 8:42 AM